“The right-footed shoe–which looks a bit like a baked potato–has some features that might entice even modern buyers: for one, its maker fashioned it from a single piece of cow leather (like a pricey pair of today’s “whole cut” footwear), and it has leather laces. It’s about a women’s size seven, but, researchers say, it might have graced a small-footed man. 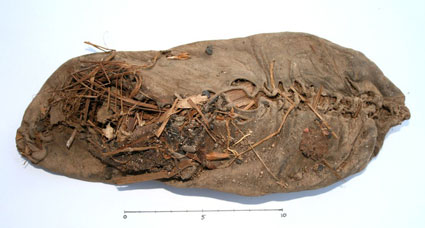 The shoe was discovered by Armenian PhD student, Ms Diana Zardaryan, of the Institute of Archaeology, Armenia, in a pit that also included a broken pot and sheep’s horns. “I was amazed to find that even the shoe-laces were preserved,” she recalled.

Scientists determined the shoe’s age by cutting two small samples of the leather and sending it to radioactive dating centers at the Oxford Radiocarbon Accelerator Unit at the University of Oxford and the University of California–Irvine Accelerator Mass Spectrometry Facility. Others have discovered older sandals–the oldest are about 7,000 to 7,500 years old and were found in the Arnold Research Cave in Missouri–but this is the oldest full shoe ever discovered.

Fashion shoe designer, Manolo Blahnik, was impressed by how much the shoe looked like today’s models. He suspects that even 5,500 years ago, wearers wanted to look chic:

“The shoe’s function was obviously to protect the foot, but I am in no doubt that a certain appearance of a shoe meant belonging to a particular tribe,” Blahnik said. “I am sure it was part of the outfit which a specific tribe wore to distinguish their identity from another.”

Compare this shoe to the torturous footwear being promoted in the fashion world today.  I think I like the 5,500 year-old style the best.  The grass lining might be kind of comfy.  Like an early Dr. Scholl’s gel insole. 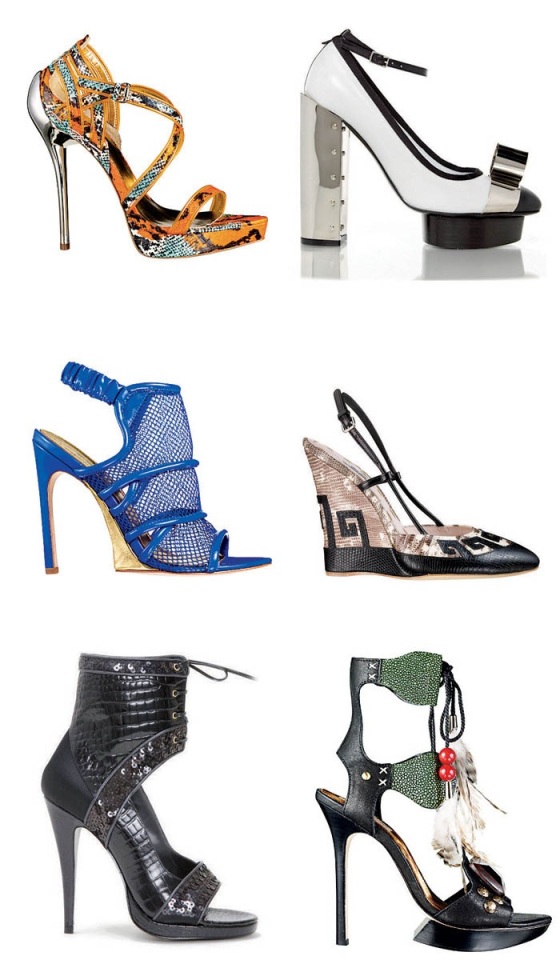