“Frankly, if Hillary Clinton were a man, I don’t think she’d get 5 percent of the vote,” Trump told a crowd gathered at Trump Tower in New York for his victory speech after the billionaire swept all five of Tuesday’s East Coast primaries.

“The only thing she’s got going is the woman’s card,” Trump added, in an extended attack on Clinton toward the end of his speech.

“And the beautiful thing is that woman don’t like her… And look at how well I did with women tonight.”

Bring it on, you short-fingered vulgarian. 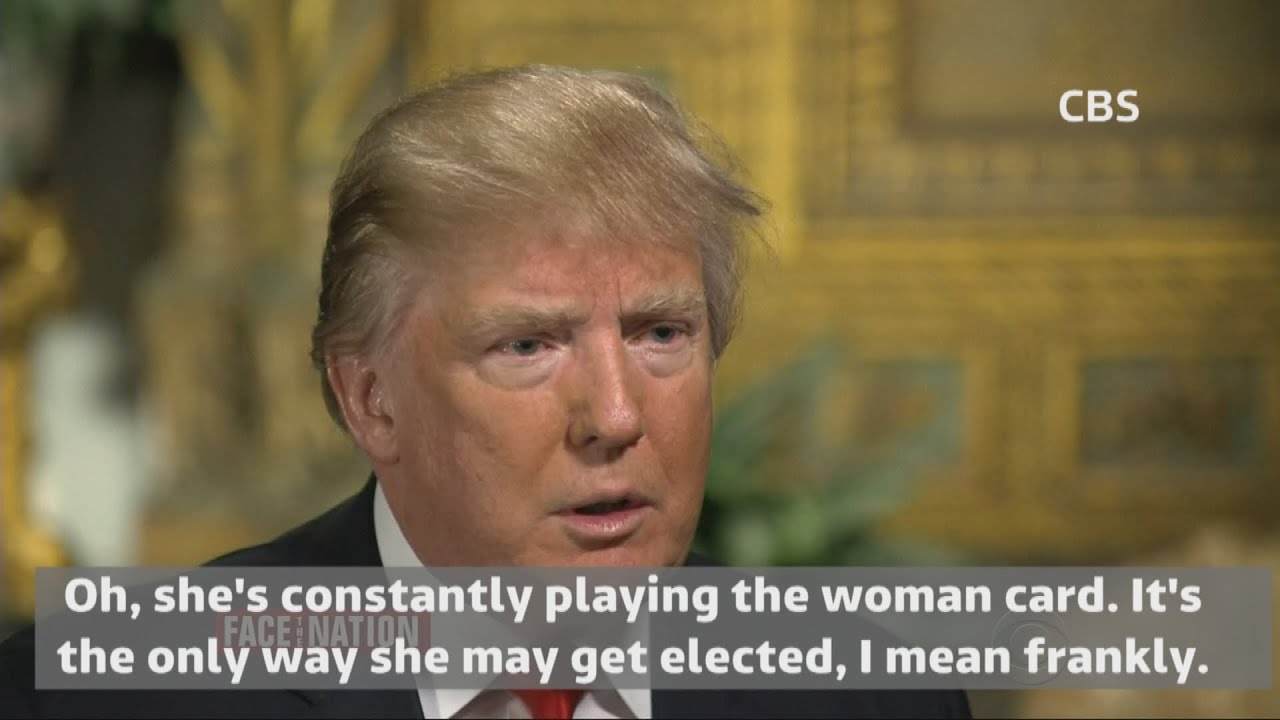