TRUMP: Let’s nominate Sergey to replace Comey!
LAVROV: You kill me, Donald.
KISLYAK: Can I keep my home-brew email server? 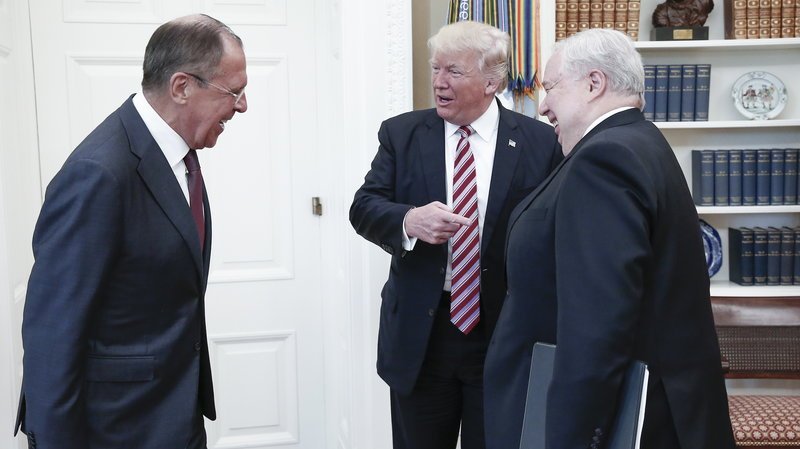 And then there’s this:

The administration was not eager for the public to see images of Trump getting chummy with Lavrov and ambassador Sergey Kislyak — the man whose conversation with Michael Flynn about the lifting of sanctions ultimately got the national security adviser fired.

But some intelligence experts worry that Lavrov may have deceived Trump about more than his photographer’s media ties. As the Post reports:

The officials cited the danger that a listening device or other surveillance equipment could have been brought into the Oval Office while hidden in cameras or other electronics … Among those commenting on the issue was former deputy CIA director David S. Cohen. Responding to a question posed online about whether it was a sound decision to allow the photographer into the Oval Office, Cohen replied on Twitter: “No it was not.” He declined to elaborate when reached by phone.

The White House insists that the photographer’s equipment was subjected to a security screening and that the Oval Office is routinely swept for bugs. And that should dispel all concerns. After all, what cause do we have to question this administration’s competence?