Ross opining about the fact there were no protesters visible in Saudi Arabia:

“There’s no question that they’re liberalizing their society,” said Ross, who joined Trump on the Saudi Arabian leg of his first international trip as president. “The other thing that was fascinating to me, there was not a single hint of a protester anywhere there during the whole time we were there. Not one guy with a bad placard.”

“But Secretary Ross, that may be not necessarily because they don’t have those feelings there, but because they control people and don’t allow them to come and express their feelings quite the same as we do here,” CNBC anchor Becky Quick interjected.

“In theory that could be true,” Ross conceded. “But boy there was certainly no sign of it. There was not a single effort at any incursion. There wasn’t anything. The mood was a genuinely good mood.”

As evidence that Saudi Arabia, where the law prohibits women from driving, is becoming more liberal, Ross offered that panel discussions as part of the Trump visit had included the female head of the Saudi stock exchange as well as a “very bright, very attractive young woman” on a panel on venture capitalism. 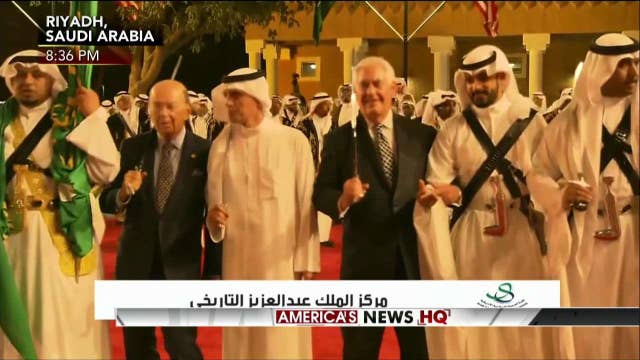