In a new book entitled “The Death of Expertise: The Campaign against Established Knowledge and Why It Matters,” Tom Nichols describes Trump’s victory last November as “undeniably one of the most recent—and one of the loudest—trumpets sounding the impending death of expertise.”

The president defended his lack of specific policy knowledge during a rally on the eve of the Wisconsin primary in 2016. “They say, ‘Oh, Trump doesn’t have experts,’” Trump said. “You know, I’ve always wanted to say this: … The experts are terrible! They say, ‘Donald Trump needs a foreign policy adviser.’ … But supposing I didn’t have one, would it be worse than what we’re doing now?”

Nichols, a professor of National Security Affairs at the U.S. Naval War College in Rhode Island, believes the “death of expertise and its associated attacks on knowledge fundamentally undermine the republican system of government.”

“The abysmal literacy, both political and general, of the American public is the foundation for all of these problems. It is the soil in which all of the other dysfunctions have taken root and prospered, with the 2016 election only its most recent expression,” Nichols writes. “Americans have increasingly unrealistic expectations of what their political and economic system can provide. This sense of entitlement is one reason they are continually angry at ‘experts’ and especially at ‘elitists,’ a word that in modern American usage can mean almost anyone with any education who refuses to coddle the public’s mistaken beliefs. When told that ending poverty or preventing terrorism is a lot harder than it looks, Americans roll their eyes. Unable to comprehend all of the complexity around them, they choose instead to comprehend almost none of it and then sullenly blame experts, politicians and bureaucrats for seizing control of their lives.”

Professionals in every industry report that laypeople increasingly challenge their know-how.“No area of American life is immune to the death of expertise,” writes Nichols, who worked for the late Republican senator John Heinz (Pa.) early in his career. “Doctors routinely tussle with patients over drugs. Lawyers will describe clients losing money, and sometimes their freedom, because of unheeded advice. Teachers will relate stories of parents insisting that their children’s exam answers are right even when they’re demonstrably wrong. Realtors tell of clients who bought homes against their experienced advice and ended up trapped in a money pit.”

The 252-page book is packed with illustrations. “What I find so striking today is not that people dismiss expertise, but that they do so with such frequency, on so many issues, and with such anger,” Nichols laments. “It may be that attacks on expertise are more obvious due to the ubiquity of the Internet, the undisciplined nature of conversation on social media, or the demands of the twenty-four-hour news cycle. But there is a self-righteousness and fury to this new rejection of expertise that suggest, at least to me, that this isn’t just mistrust or questioning or the pursuit of alternatives: it is narcissism, coupled to a disdain for expertise as some sort of exercise in self-actualization.” 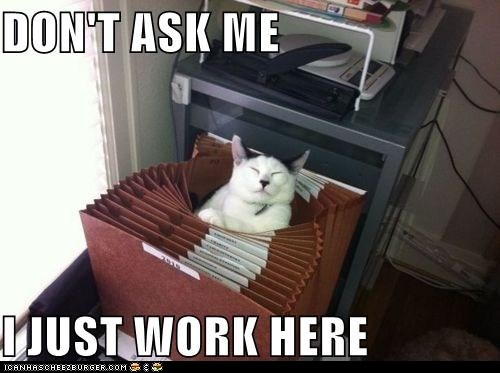 One thought on “Our Country in a Nutshell”