In March 2017, coal mogul Bob Murray came to the Washington headquarters of the US Department of Energy for a meeting with Secretary Rick Perry. Also at the table was Andrew Wheeler, who this month became acting head of the Environmental Protection Agency.

Murray, chief executive of Murray Energy, one of the largest coal companies in the country, was leading a pro-coal campaign on the Trump administration. He had sent a similar plan to Vice President Mike Pence as well as then-EPA head Scott Pruitt.

The Murray team’s agenda that day: a four-page action plan“for achieving reliable and low cost electricity in America and to assist in the survival of our Country’s coal industry.”

The plan had 17 bullet points, including cutting the EPA staff at least in half, because, according to Murray:

“Tens of thousands of government bureaucrats have issued over 82,000 pages of regulations under Obama, many of them regarding coal mining and utilization. The Obama EPA, alone, wrote over 25,000 pages of rules, thirty-eight (38) times the words in our Holy Bible.”

And I ask you. Whose words makes more sense? 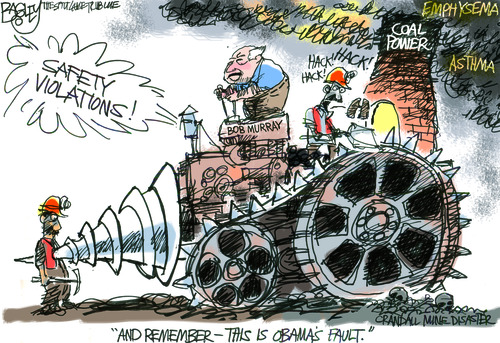