President Trump on Sunday blamed the result of the Kentucky Derby on “political correctness,” arguing that the horse that crossed the wire first should not have been disqualified.

“The Kentuky Derby decision was not a good one,” Trump said in a tweet, misspelling the word “Kentucky.” “It was a rough and tumble race on a wet and sloppy track, actually, a beautiful thing to watch. Only in these days of political correctness could such an overturn occur. The best horse did NOT win the Kentucky Derby – not even close!”

Maximum Security appeared to win Saturday’s race by 1 3/4 lengths. But then two jockeys objected, and after stewards reviewed video of the race, they disqualified the apparent front-runner in a unanimous ruling, crowning Country House the winner. 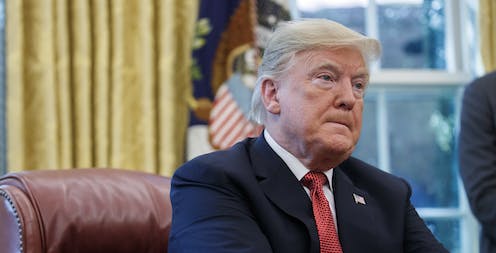 One thought on “What Do You Want To Bet He Had Money on the Loser?”