President-elect Trump and the new first family were at Arlington National Cemetery, where Trump was to lay a wreath on the Tomb of the Unknowns.

“I rarely get emotional, if ever,” Trump Jr. wrote in his new book, “Triggered: How the Left Thrives on Hate and Wants to Silence Us.” “Yet, as we drove past the rows of white grave markers, in the gravity of the moment, I had a deep sense of the importance of the presidency and a love of our country.”

He also had another revelation as he watched his father standing in front of the tomb, surrounded by more than 400,000 graves, listening to the Army Band bugler playing taps: The Trump family had already suffered, he recalled thinking, and this was only the beginning.

“In that moment, I also thought of all the attacks we’d already suffered as a family, and about all the sacrifices we’d have to make to help my father succeed — voluntarily giving up a huge chunk of our business and all international deals to avoid the appearance that we were ‘profiting off the office,’” Trump Jr. wrote.

His framing of the Arlington Cemetery anecdote, in particular, has provoked fervent criticism and accusations of callousness.

“Eight men I served with are buried in Section 60 of Arlington. I visit them monthly,” tweeted Rep. Ruben Gallego (D-Ariz.), who served in the Iraq War. “Even if Donald JR. lived a 1,000 years he will never even get close to being as good and honorable as they were. Sacrifice is only a word to the Trumps.”

The author Matt Gallagher, also an Iraq War veteran, said on Twitter: “Imagine going to Arlington … and being moved to think about money. You are a soup sandwich, @DonaldJTrumpJr, and my friends buried there would tell you the same thing.”

“While comparing himself to soldiers who died fighting for their country, Don Jr. lies saying that they would be ‘giving up … all international deals to avoid the appearance that we were ‘profiting off of the office.’ They’ve done no such thing,” tweeted Robert Maguire, the research director for the Citizens for Responsibility and Ethics in Washington, one of the plaintiffs suing Trump.

“It’s barely been a week since the company that Don Jr runs, and his father still profits from, made this announcement,” Maguire added, linking to the Trump Organization’s announcement that it would expand its Doonbeg, Ireland, golf course. “Last I checked, Doonbeg is not in the United States.” 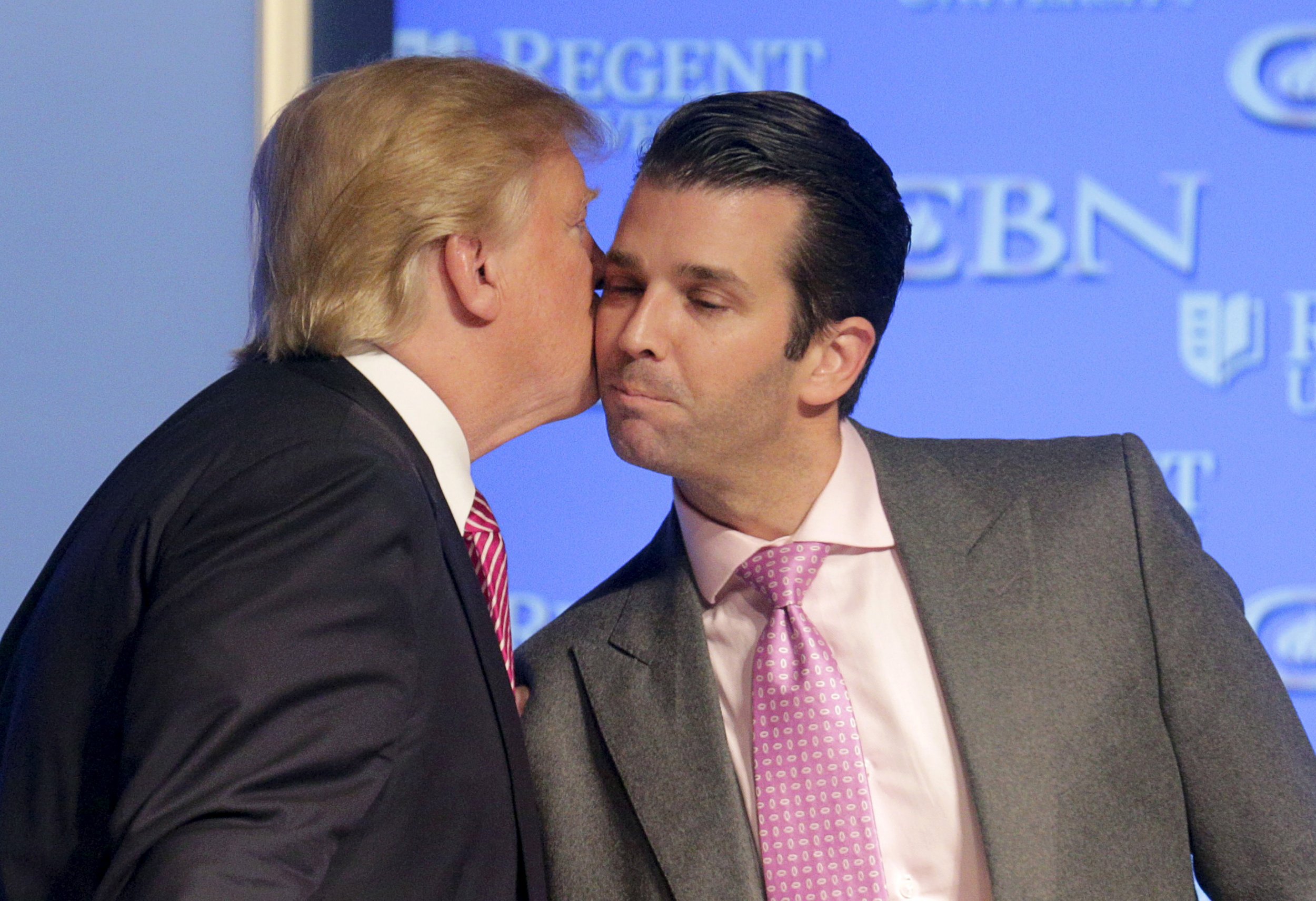