“Is this enough? Truly, is this enough for the country that looked at itself after eight years of a competent presidency and decided to hand things over to a vulgar talking yam? Are the vacant airports and deserted subways enough? Will the empty arenas and ballparks be enough? Is the plunging stock market enough? When the ambulances start hauling away the old folks down the block, will that be enough? How in god’s name can anyone vote for four more years of this, four more years of a choleric fatburg of a man who calls a press conference about a global health emergency and asks a reporter for Fox News how the ratings were for his last town hall? How does that man carry a precinct, let alone a state, let alone the country? Christ, even Ted Cruz is doing the right thing here.

Instead, we have scientists standing around him at the CDC, nodding in unison at the president*’s idiocies. We have the surgeon general on television, telling an astonished George Stephanopoulos that the president* is in better shape than he is, despite the obvious fact that the president* is entering Mr. Creosote territory. There are rising calls now for the declaration of a national emergency. Which raises a terrifying question: do you want this president* and this executive branch declaring a national emergency, with all the special powers that entails? Hand sanitizer and fist-bumps seem a lot safer.” 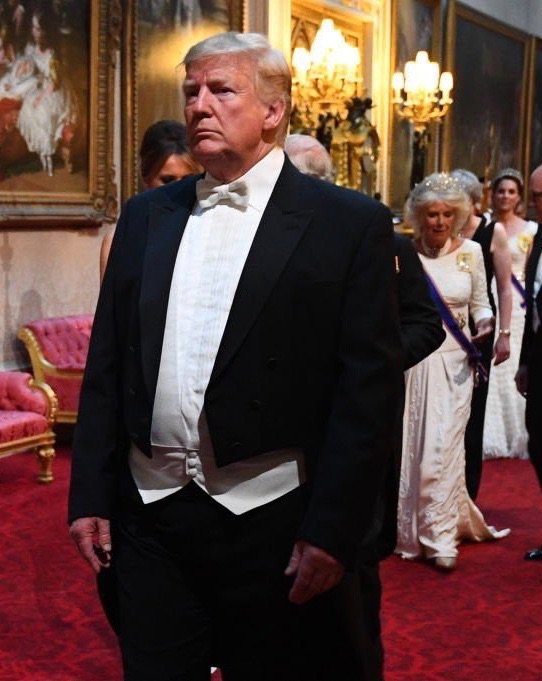 Our own Mr. Creosote

3 thoughts on “Who the Hell Wants Another Four Years of This?”