I grow less certain by the day of the necessity of our having two Dakotas. One seems more than enough, except when it seems like we have one too many. I fear that this is one of those times. North Dakota is a bubbling beaker of pure prion disease. The governor just signed a bill designed to prevent something that isn’t being taught in the schools from being taught in the schools, and everybody is pretending that this is an ordinary bit of legislative business. From KVRR:

Gov. Doug Burgum signed the measure banning the teaching of critical race theory after the Senate gave its approval Friday. Though there is no evidence that the idea is being taught in North Dakota, Fargo Rep. Jim Kasper, the main sponsor, said the bill would ensure it isn’t taught in the future. Senators also approved a bill to restrict vaccination mandates, which Burgum signed. The measure provides exemptions for medical, philosophical or religious reasons, and would allow workers to avoid vaccinations if they agree to testing.

Unless the North Dakota schools plan to someday teach a third-year law-school curriculum, Critical Race Theory is not going to be wedged in there between English and Mathematics. Ever. But that’s the thing about bogeymen. They never sleep as long as they are useful. You may have noticed that Glenn Youngkin doesn’t talk much about Toni Morrison now that he’s won his election. It’ll come back, though, the way it has in North Dakota.

Burgum made a billion selling his software company to Microsoft, so he’s completely insulated from whatever damage he might do as governor, but there’s a great deal percolating under the surface of what appears to be a fundamentally absurd political “issue.” From WDAY:

The bill defines critical race theory as “the theory that racism is not merely the product of learned individual bias or prejudice, but that racism is systemically embedded in American society and the American legal system to facilitate racial inequality.”

Senator Schaible comes from Mott, the pheasant-hunting capital of North Dakota. There are 2,382 people who live on Mott’s 588 acres. Mott’s population is 99.5 percent white, so clearly, Senator Schaible has been well-prepared from birth to know the country’s racial history well enough that he can decide what about it should be taught in North Dakota’s schools. But, as Judd Legum at Popular Information points out, the bill Burgum signed could be manipulated into covering a lot more than graduate-level legal theory. Which, as this section of the law demonstrates, is its entire point.

A school district or public school may not include instruction relating to critical race theory in any portion of the district’s required curriculum…or any other curriculum offered by the district or school. For purposes of this section, “critical race theory” means the theory that racism is not merely the product of learned individual bias or prejudice, but that racism is systemically embedded in American society and the American legal system to facilitate racial inequality.

In fact, as Legum argues, the law may forbid discussion of itself in the classroom because of all the work being done in that first sentence by the phrase “relating to Critical Race Theory.” Since the authors and supporters of the law either don’t know what CRT is, or, more likely, they don’t care, almost anything could be said to “relate to” it. Bogeymen never sleep while they are useful, and this one apparently isn’t even tired yet. 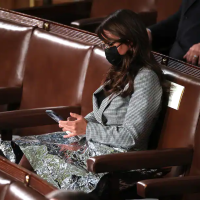