Donald Trump: “The Red Hen Restaurant should focus more on cleaning its filthy canopies, doors and windows (badly needs a paint job) rather than refusing to serve a fine person like Sarah Huckabee Sanders. I always had a rule, if a restaurant is dirty on the outside, it is dirty on the inside!”

According to a 2017 Fox News report, the president’s Mar-a-Lago resort was cited for 78 health-code violations in three years, including dirty cutting boards, chefs preparing food without washing their hands, and an “accumulation of ‘black/green mold-like substance’ in the ice machine.”

The resort was slammed with 13 health-code violations in January 2017, several of which were classified as “high priority” violations, such as improperly refrigerated meat, and serving unsafe seafood.

From New York Magazine on Trump’s angry response to Sarah Sanders being kicked out of The Red Hen restaurant, by Jonathan Chait:

“There is a problem of political hypocrisy here, of course — if the Trump administration supports the right of bakers to withhold service from gay and lesbian weddings because they are disgusted at the thought of gay people getting married, it should also support the right of restaurant owners to deny their delightful creations to people who work for an authoritarian racist presidency.” Though the House was able to pass a four-week spending bill with money for children’s health care on Thursday night, the Senate, with its supermajority voting requirement, doomed the bill and Congress careened past the midnight deadline. Negotiations during the final hours came in fits and starts, with a few bursts of enthusiasm but mostly resignation: Schumer and Trump chatted over cheeseburgers, and a bipartisan group held a last-ditch session Friday night.

Dr. Jackson said he is planning to increase Trump’s medication and put him on a diet and exercise regimen, though he maintained that Trump’s coronary health is superb.

“He has incredible cardiac fitness at this point in his life,” Jackson said. 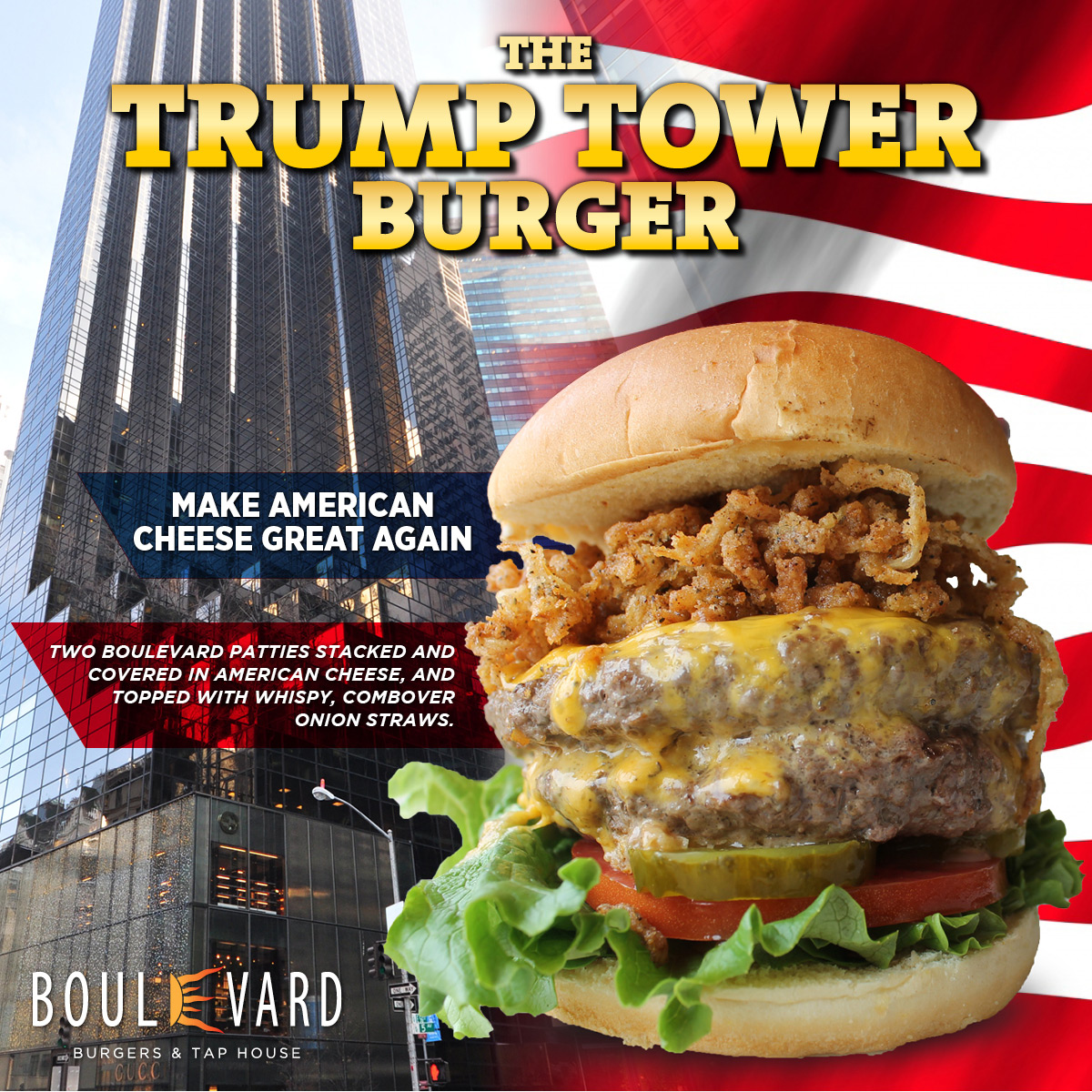 Two people were recommended for post-exposure rabies treatment after a consumer in Florida reported finding a dead bat in a packaged salad mix, the Centers for Disease Control and Prevention said Saturday.

The bat was sent to the CDC after it was found in a bag of Fresh Express Organic Marketside Spring Mix.
“The deteriorated condition of the bat did not allow for CDC to definitively rule out whether this bat had rabies,” the Atlanta-based agency said.
The CDC said the risk of rabies transmission was extremely low but not zero, so the two people who ate salad mix were recommended for treatment as a precaution.
They are fine and show no signs of having rabies, the CDC said.

How can you not notice a deteriorated bat in your salad before you eat it?

So. I’ve been trying these past few weeks to wrap my head around the outcome of the presidential election. I haven’t been very successful at it. I take a lot of deep breaths and tell myself to calm down, it can’t possibly be as bad as I imagine it will be.

But as it turns out—it already is.

Der Führer went on a “victory tour” yesterday and exulted in his crushing defeat of his foe (nevermind those 3 million more votes she got, which weren’t illegally gained, by the way.) He railed against the “dishonest” media, yet again, and continued his call for flag burning to be cause for loss of one’s citizenship, despite the fact that that has been proven to be un-Constitutional.

Hey, no biggie. Or bigly. Der Führer is calling the shots and when he says throw out the Constitution, we will respond by saying “How far?”

Anyhoo. I am tired of waking up in a cold sweat at 3:00 in the morning. During menopause I used to wake up in a hot sweat. I’ll take that over this any day.

So I’ve been pushing myself to get crafty (not Trump crafty, but actual craft-making crafty) and make some Christmas decorations. Since my maternal great-grandparents were from Norway, I used to have several of those red and white paper woven heart baskets that I had made when my son was a baby—50 years ago now.

But, cue the violins, all of my Christmas decorations were stolen from a storage unit a couple of years ago by a Grinch-like thief, so I decided to make some more.

This time out of felt.

Then, figuring I’m on a roll (and hoping my fingers will last a little longer before going numb from the exertion), I found some designs on the interwebs for a Dala horse and a bird. These two are pretty small, around two to three inches in length, but my artificial Christmas tree is pretty small too, so they should work just fine.

Then, my daughter saw them and requested a little larger Dala horse in slightly retro colors to go with her decor.

And lastly, in an “idle hands are the Trumps’ playground” fervor, I souped up a standard gingerbread house my grandkids sold to raise money for their school. It came pre-assembled with a kind of puny pack of candy and a bag of white royal icing.

I, however, had biglier plans.

I went to Walmart and bought a couple packages of pre-made cake decorations in the shape of Christmas lights and also a bag of red cookie icing. Then, being on a felt “bender,” I made a 3-D Snoopy.

The decorating process was somewhat excruciating—the royal icing was too watery at first and then too dry and kept oozing out of the zip-lock bag they provided. I always say “Next year I make my own!” and this time I mean it. If Alton Brown can do it, so can I.

The results were pretty satisfying, even though I was a wreck by the time I finished.

So, that’s what I’ve been doing to try to retain my sanity. How about you?

How are you coping in the post-Trumpian Apocalypse?

Carson’s most memorable moment in the debate, by far, was when he said that, as president, he would choose a Supreme Court nominee by an unusual criterion.

“The fruit salad of their life is what I will look at,” he said.

From Politico written by Matt Lattimer:

Cocktail hour: Bring your own wine, from your private vineyard—the greatest vineyard in the world. It puts Napa to shame, OK? Offer some to your Bush-loving brother-in-law, who is a teetotaler, and also the host. When he says no, pour the wine into his glass anyway. Say: “Maybe this’ll give you some energy.” Refer to him constantly by an emasculating nickname (Mr. Snooze, Four Percent, Hot Pants). Get the kids onboard with this early.

Dinner: Your over-the-top opinion is required on everything. The cranberry sauce is not good; it’s “fantastic.” The stuffing isn’t just bad; it’s “a total disaster.” Spice up your anecdotes with absurd claims. The White House was named after Betty White. You were the inspiration for the Terminator. If nobody takes the bait, quickly ratchet them up: Many leading rabbis have privately told you that Moses was a “really big Christian.” When anyone objects, deny you just said that, then repeat it as fact as soon as your brother-in-law tries to speak again.

After dinner: Turn the largest available TV to the football game and spend all your time alternately praising Tom Brady (who is not playing) and blasting every other player as a “no-talent loser.” Elbow the kids away from the Monopoly table to show them “how the game is really played.” Start with the Teamsters (you) skimming 10 percent of all rent on the hotels or else “there’s going to be some really ugly accidents.” Hand the 13-year-old banker a $50 under the table. When he notices it’s real, tell him, “There’s more where that came from, OK?” Regardless of actual results, declare victory.

I’ll be having Thanksgiving at my daughter’s, so the only turkey gracing my dining room table is this one.

It’s actually a hat I got at Walmart that I stretched over a ball belonging to my granddaughter. When you wear it as a hat, the legs hang down on either side of your face. Not as ridiculous as Donald Trump’s combover, but close.