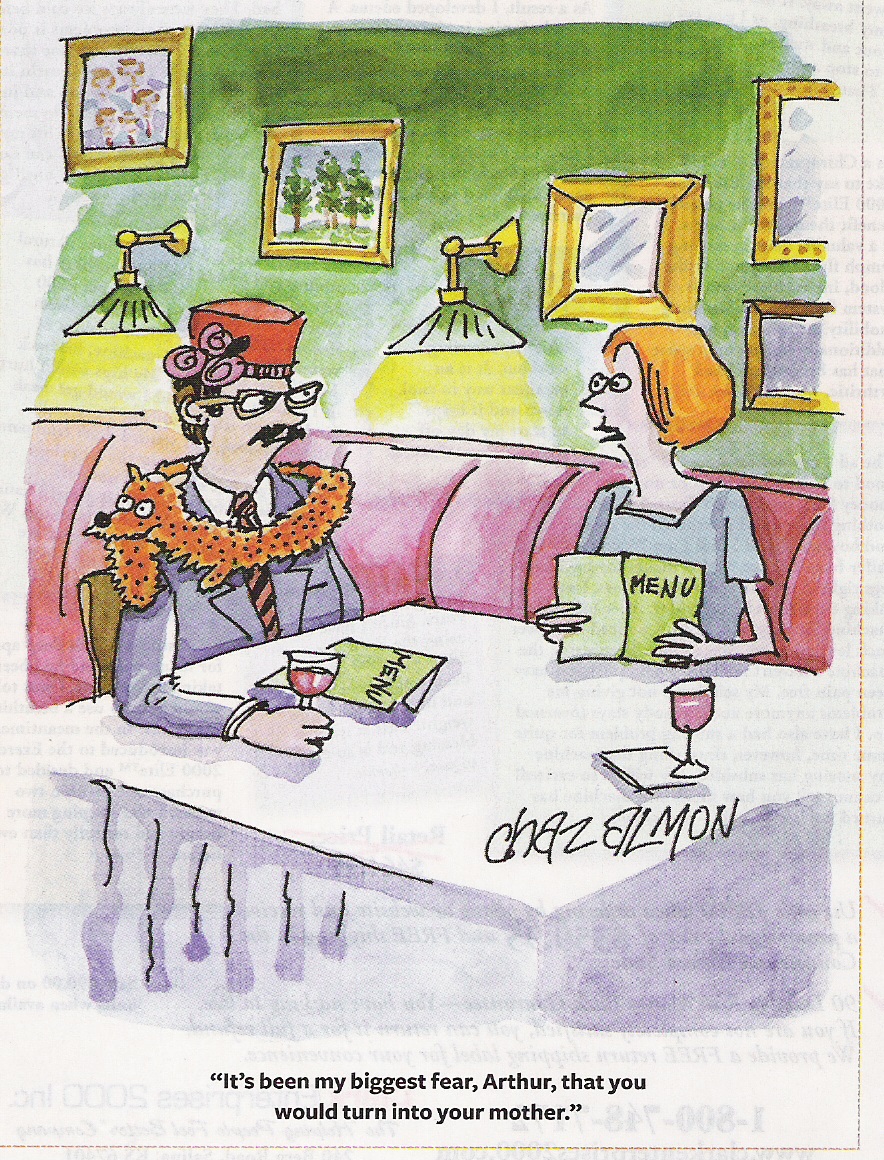 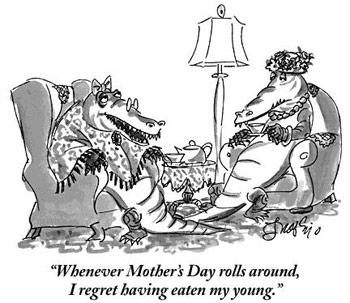 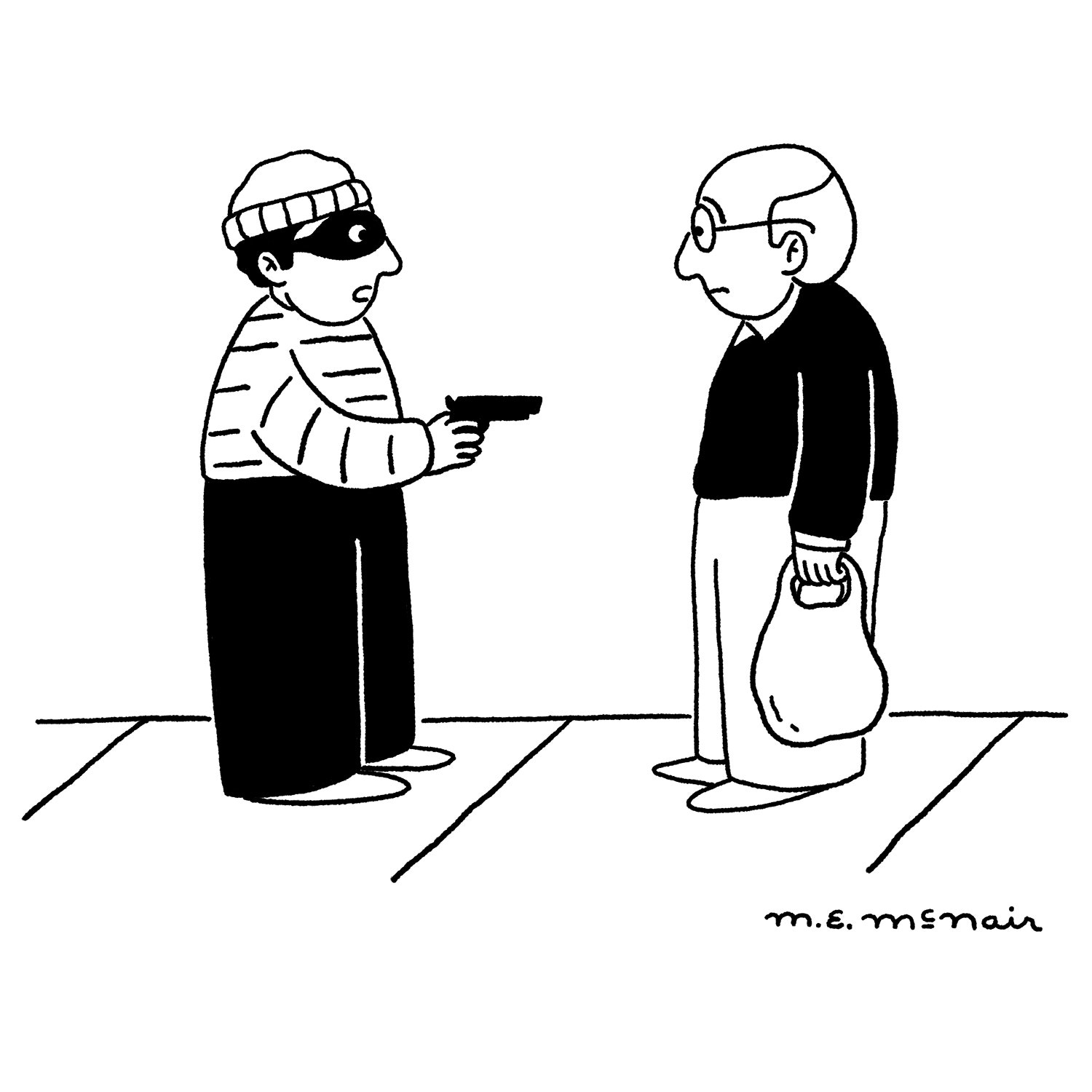 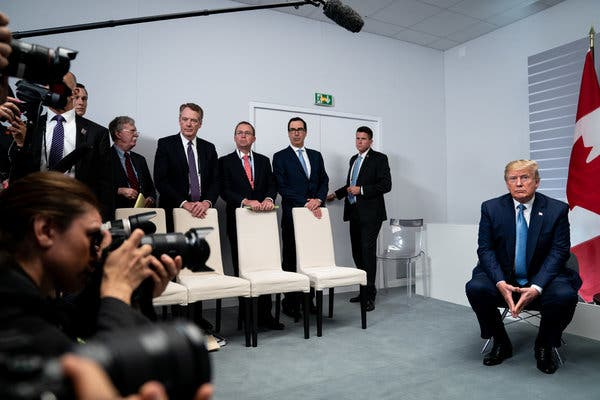 Trump’s team waiting for him to finish using the “big boy potty.” 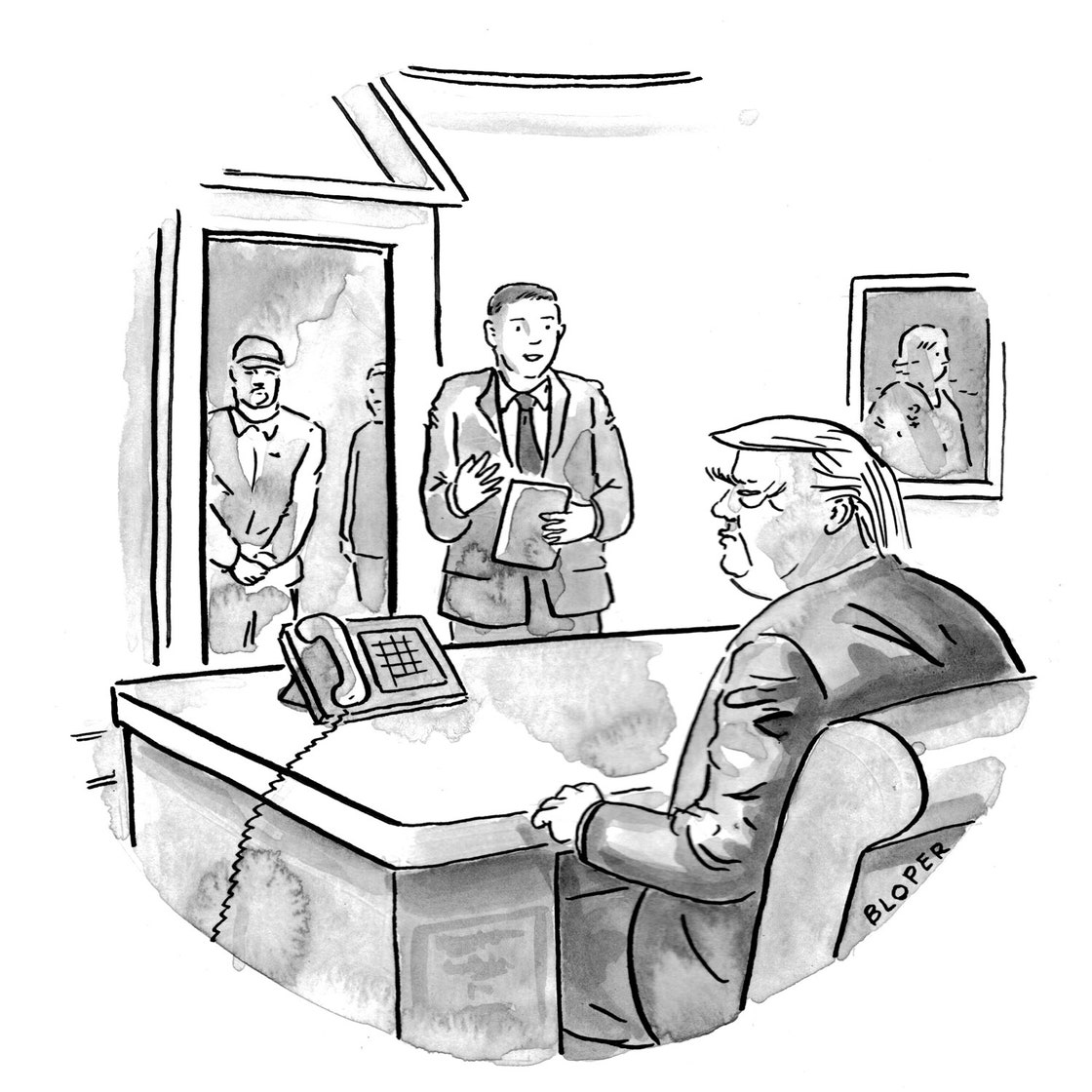 From New York magazine, a satire by Eric Levitz 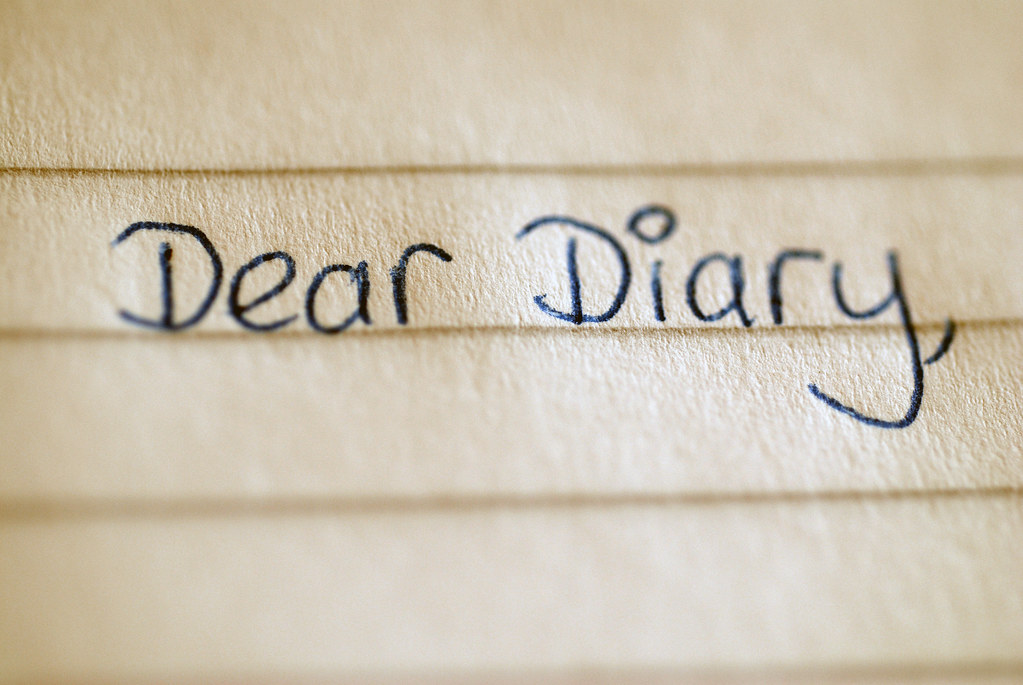 Woke early. Said morning prayers. Studied for the SATs for three hours, then spent the afternoon reading to the blind. In the evening, shot some baskets with my fellow adolescent males.

The competition was vigorous, but sportsmanlike. Afterwards, the boys debated which of the girls at National Cathedral was “the hottest.” I refused to engage in their sordid discussion. “Certainly, many of the young women at that school are physically attractive,” I told my schoolyard chums. “Still, I believe that the highest form of Eros is not the love of bodies, but rather the love of wisdom.”

“Ah, if you love wisdom so much, why don’t you marry the Constitution?” Mark asked.

Attended a movie outing, as scheduled. “Fast Times at Ridgemont High.” Two out of five stars: Mirthful in moments, but utterly unrealistic and unrelatable in its depiction of high-school life.

After the film, I came home and put the finishing touches on my final project for sculpture class — a photo-realistic mask of my own face. The verisimilitude is eerie in its perfection.

Had lunch with my 65 close, female friends. We discussed the school year’s end, love, life, and volume two of Simone de Beauvoir’s The Second Sex. Told Moira that she doesn’t “owe” it to Jeff to go to second base — and if he keeps pressing the issue, she should look for a new suitor who respects her boundaries. Assured Stephanie that she was gorgeous, inside and out, and that Hollywood’s conception of feminine beauty was oppressively narrow. Encouraged Cassandra to ignore her father’s gender-normative hang-ups and try out for her public school’s wrestling team in the fall (glass ceilings are made to be broken!). Mostly though, I just listened.

On the way home back home, I stopped in at the hospital to donate some bone marrow.

Went to church, as I do every Sunday. Reflected on my faith in Catholicism, and belief in the sanctity of all human life, from its very earliest stages (but not, necessarily, in an anti-choice sort of way).

Later, oversaw a meeting of the “Keg City Club” — a philanthropic organization which aims to deliver barrels of potable water to cities at risk of drought. As Treasurer, I reiterated my view that we had enough funds in our coffers to arrange for the provision of at least 100 kegs by the end of the fiscal year.

My face has been stolen. For the past two weeks, my photo-realistic mask was hanging at G-Prep, as part of the year-end art show. But when I came by to pick it up this afternoon, the wall where it had been mounted lay bare. I’ve always considered myself a pro-law teen. But this wanton act of theft has redoubled my conviction that laws are very good.

At the beach for the week with my family. Met three charming young surfers, all named Ralph. They offered to make me an honorary member of their eponymous “club.” I couldn’t refuse. Will spend all day tomorrow volunteering at a home for children orphaned by shark attacks.

A little groggy today. Stayed up late last night reading jurisprudence. Have said it before and will say it again: Roe v. Wade is settled law.

Attended a party at Mark’s house last night. Upon my arrival, was perturbed to find that there were no parental guardians in the home. When I went to place my modest contribution to the pot latch (a two-liter bottle of sarsaparilla) in the kitchen, was chagrined to see the center-island festooned with wine and spirits. I asked Mark if he were familiar with the drinking age in this part of the country, and/or, with the scientific literature on adolescent brain development (which demonstrates that alcoholic beverages can exacerbate the teenage mind’s predilection for rash decision-making). He said that it sounded like I could use a drink, and foisted a libation upon me. I took a sip but did not swallow, then stepped into the living room to call the police.

I saw him the moment I reentered the kitchen.

He was standing too close to a visibly inebriated sophomore. Ogling her — with my own eyes. Words cannot express the uncanny horror I felt then. “Return my visage at once, scoundrel!” I cried. The female sophomore turned to me, and then back to the thief, and then to me again. “I think I’ve had too much,” she stammered as my doppelgänger fled to the foyer. I chased him out the door and onto the benighted streets of Bethesda. He was quick — but, thanks to my years of focus on athletics, I was quicker. I took him down at the bottom of the driveway with a proper form tackle, then pinned him to the pavement by his wrists. His breath reeked of vodka. His eyes flared with malice. For a few moments I couldn’t speak, transfixed by the twisted mirror of his face.

“Who are you?” I finally said.

“Say it all you want — when it matters most, no one will believe you,” he said, enigmatically, before dissolving into a fit of maniacal laughter.

Then came the sirens and the flash of headlights. In my moment of distraction, he bit my wrist. I fell to my side in pain as he wriggled up from under me and then disappeared into the darkness. I walked back to the house to thank the arriving officers for their timely response.

Minutes later, the authorities led Mark out the door in handcuffs. As they were putting him in the back of a squad car he turned to me and said, “I know you only did this for my own good. Thank you for always focusing on being a good friend to me.”

When I returned home, I lay awake, unable to get my doppelgänger’s face out of my head. “Was he right?” I asked myself. If he committed some vile act in my name, would anyone believe me?

But after hours of studying my ceiling fan, and reflecting on the wisdom of Christ and the founding fathers, I decided that my truth would be heard. In spite of everything, I still believe that people are really good at heart.

Costume department of the Dutch Opera and Ballet 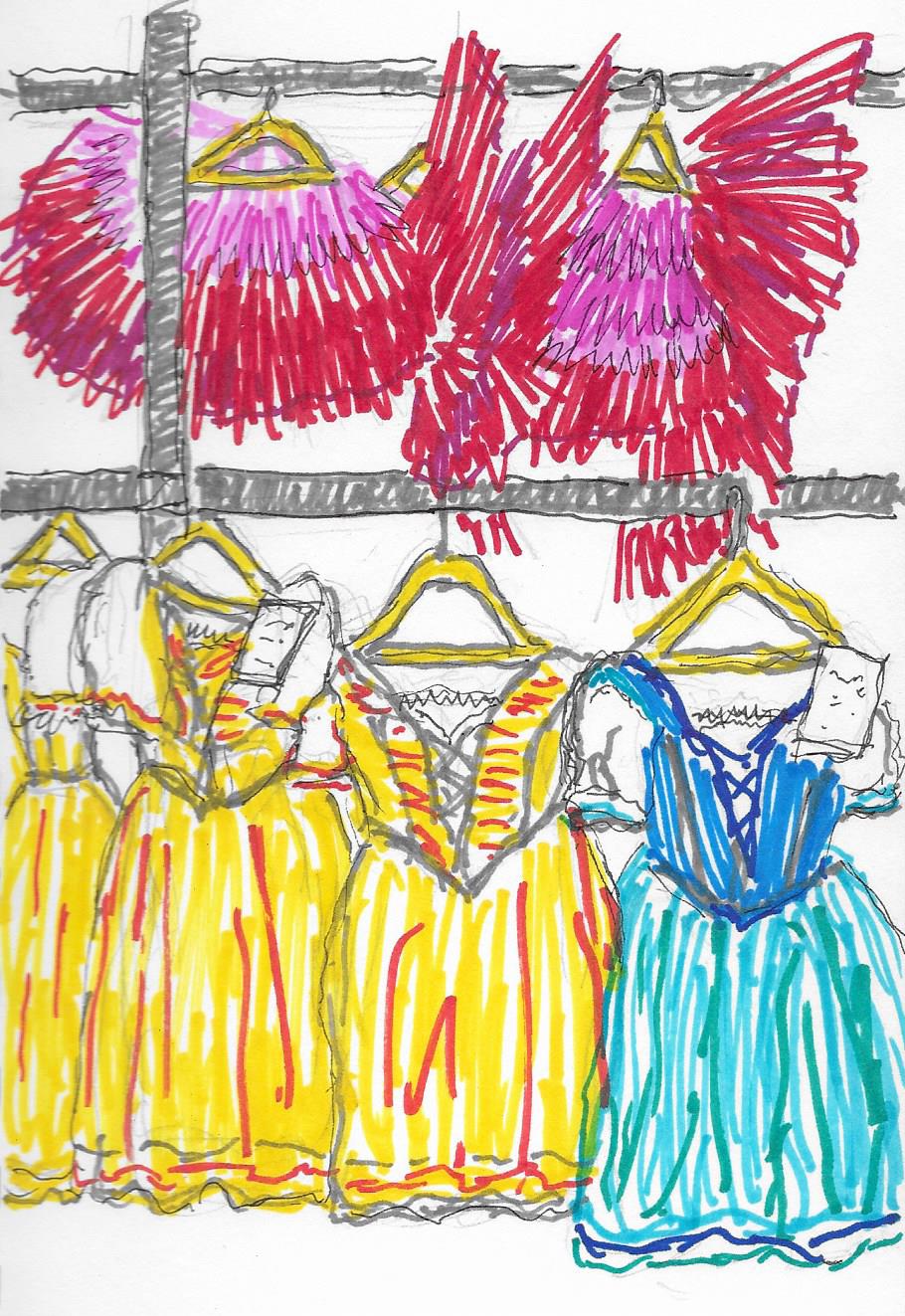 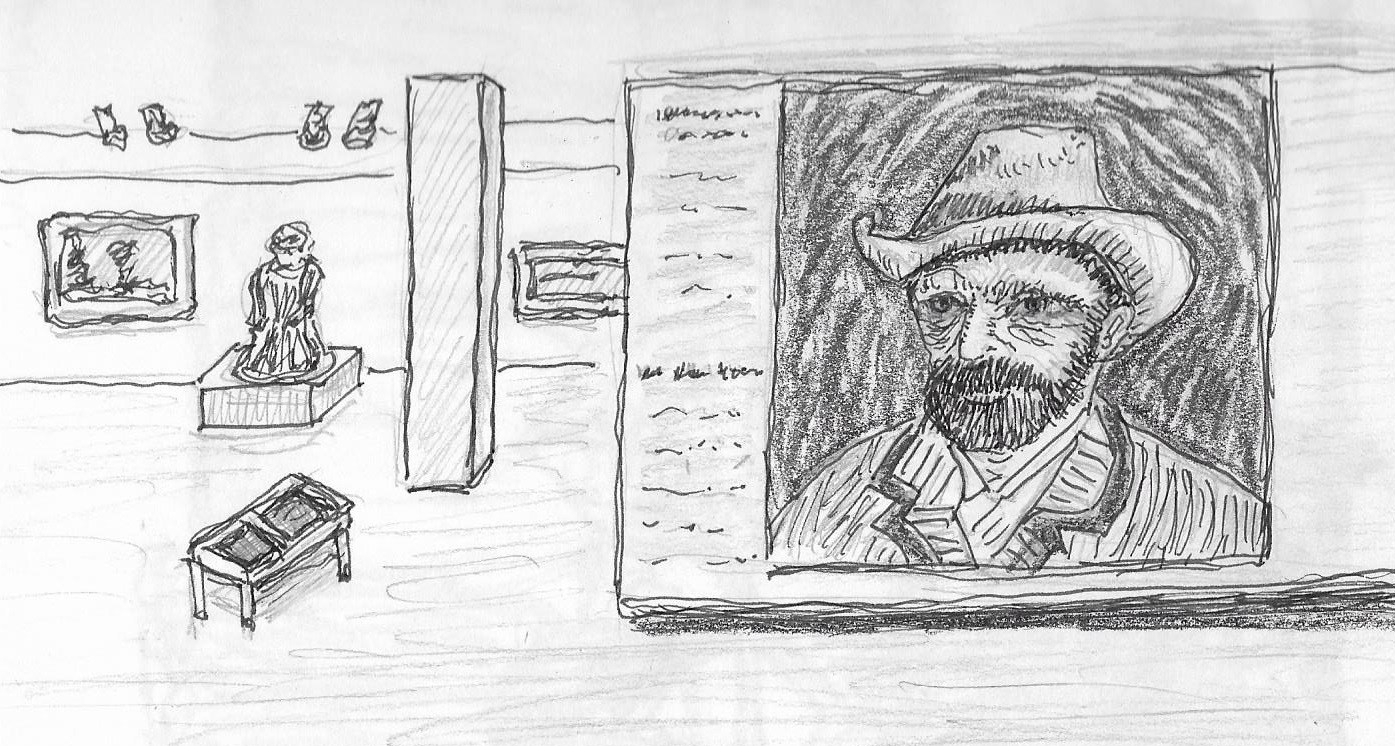 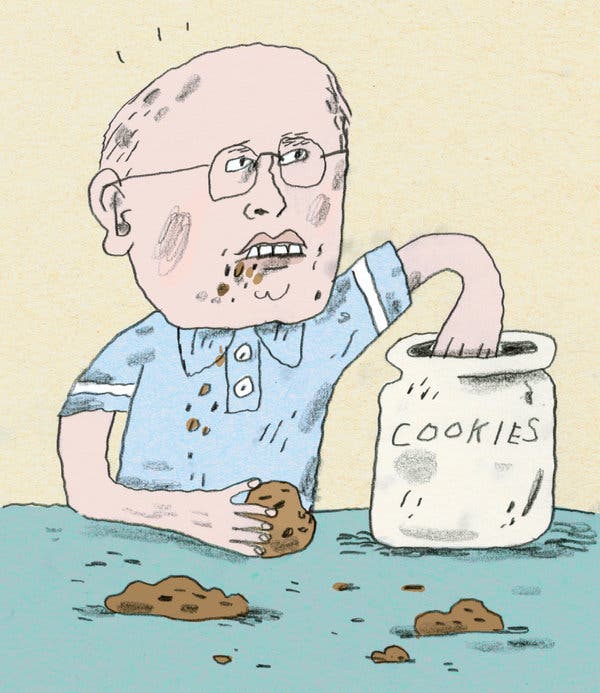 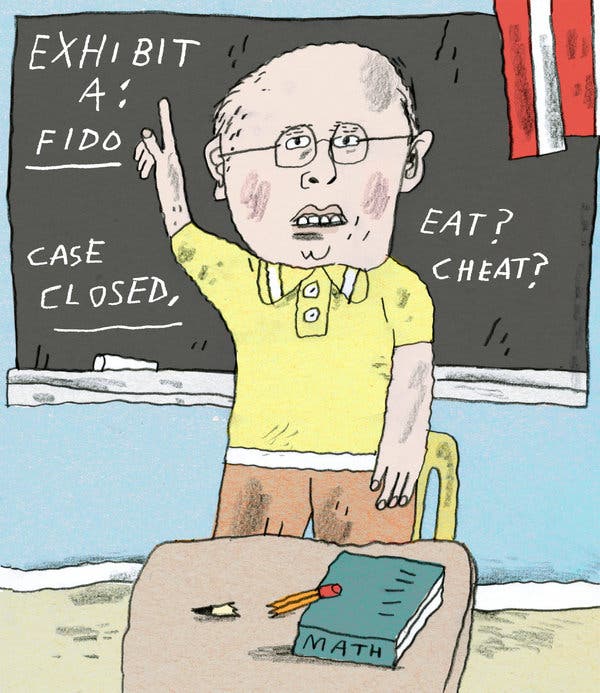 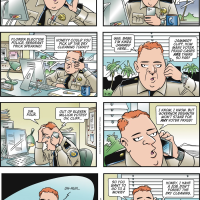 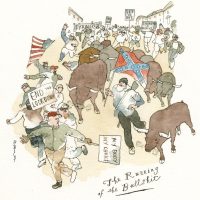 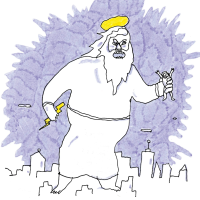 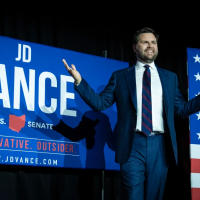