It turns out that Lysol kills self-serving, misleading press briefings 99.9 percent of the time!

Yes, I would like things to be worse, please. I do not think things are bad enough, and I would like them to be worse. I look at the number of people who have died in this great state, and I think, frankly, it is a little low. People, if you want to be technical about it, who will never see their families again; people who were not done living; people who cannot be replaced and whose absence will bore an echoing hole through countless other lives — but what is that, weighed against my own convenience and my sense that things should be open rather than closed?

I look at the strain on our hospital system and I think: It could be greater. I see ambulances going past and I think: They are too unimpeded and will get to the hospitals too quickly. I look at the people in charge of my state who are trying to minimize the cost to human life and I say: Why, though?

I am here to make my voice heard. I am not actively in favor of the virus, but I think there might be good people on both sides of this people-virus question. So I am going to assemble in such a way that my leaders will have no choice but to listen and that through my negligence, more people will die. You might say I’m doing my part. Thankfully, at least, the president agrees.

The problem? On the grounds that there “is a pandemic” and it “is not safe,” I have been briefly deterred from going about my life in exactly the manner I would like. Can you believe this? No, I will not hold. I am here, banging on the window, like the heroes in a zombie film. Listen, I know my rights. I know that among them is life, liberty and the pursuit of happiness, but I don’t care about the first one.

Given the choice of saving thousands of lives, including, possibly, my own, or getting to buy a can of 730C-2 Sandstone Cove paint now rather than later, I will not hesitate to choose the latter. Do not ask me how many lives I would trade to avoid minor inconveniences, or you will see what a sea of bodies I would be content to wade through to my morning coffee. If I’m willing to die, that should be enough for everyone. No one — as I have established during COUNTLESS interactions with customer service professionals — is worth more than me.

I just want nothing about my life to change, including my indifference to the lives of others. So please stop demanding that I bend to the will of the people or their elected officials. The last time I checked, this was a democracy.

Have you considered that, actually, I don’t want to be safe? You think you are protecting me, but whom are you really protecting? Others? If I am willing to take this risk for myself (my top favorite person!), why do you think I would not be willing to take it for “others,” many of whom I don’t even know personally and some of whom are the very people who once asked me to escort myself out of a Red Lobster because I was making a scene? No, I don’t understand how the transmission of disease works. Does anyone? No, I don’t understand that it is not only my life that my choices are putting at risk!

It’s time we were liberated! Set me free from this prison (not a literal prison, where people are currently trapped and dying, but a metaphorical prison, where I am being asked to remain safely in my house and not buy potting soil specifically today)! If my wishes conflict with the wishes of a majority of people, that is TOO BAD! I do not understand that there are insides to other people, so my wishes are the only wishes that matter.

There is nothing beyond me and I refuse to accept that I share the universe with others. If I am willing to die, then that ought to be good enough for everyone. 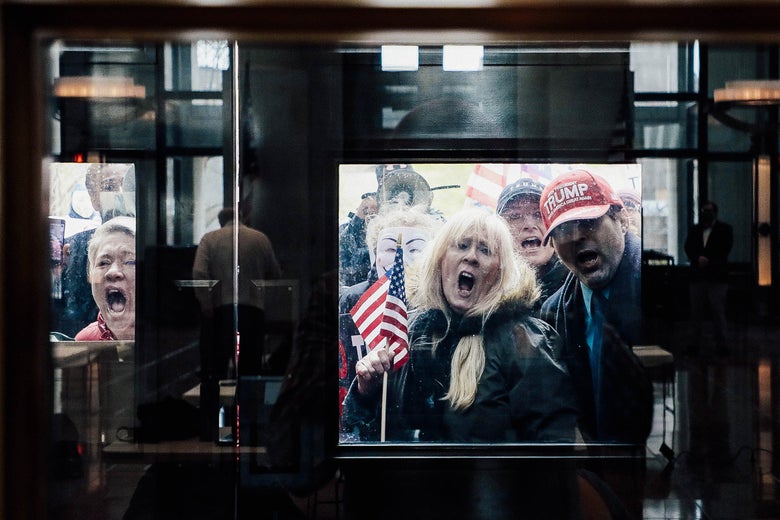 Trump commenting on the death of journalist Cokie Roberts, who died today from breast cancer complications: 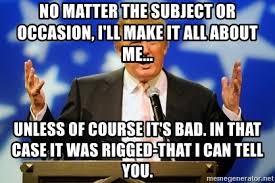 “Of course, the most lasting damage done by the Kochs is in the area of the climate crisis, in which their money and influence may have paralyzed the response to it until, now, things have gone past the point of control. It is in that spirit that I make the following proposal: If David Koch is to be cremated, I suggest we dispense with all the fuss and bother and just drop his corpse from a helicopter into the fires now consuming the Amazon rainforest. Let him be one with his legacy.”