“You can’t simultaneously argue that family separation isn’t happening, that it’s being used as a deterrent, that the Bible justifies it and that it’s @TheDemocrats fault. @POTUS is not being served well by his advisors on this issue,” Scaramucci tweeted on Monday afternoon. 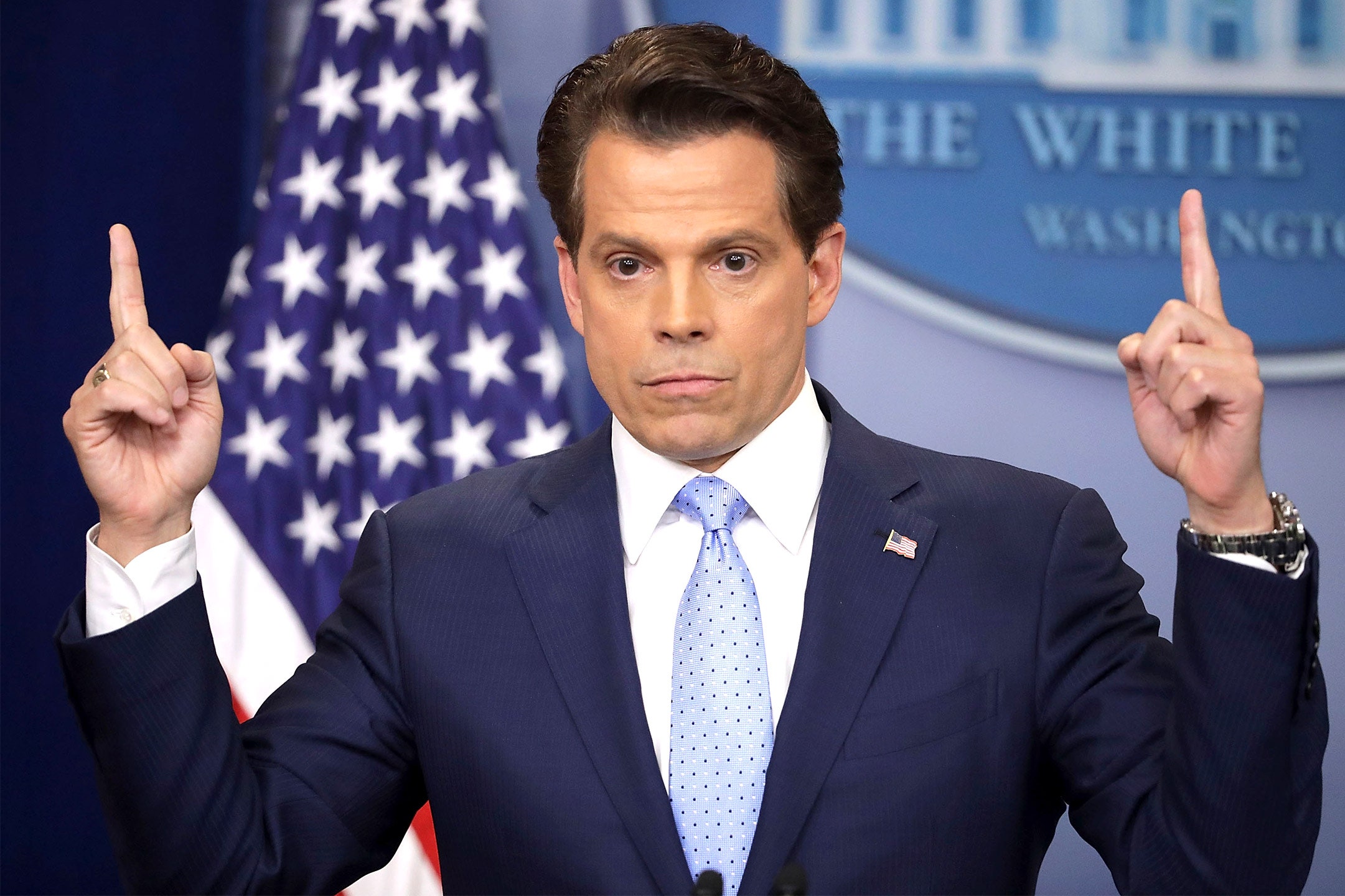 “is this the line for nachos”

In a 2015 Fox Business Network interview, Scaramucci called Trump a “hack” and a bully and said he didn’t like how the presidential candidate talked about women.

“He’s a hack politician. … I’ll tell you who he’s going to be president of — you can tell Donald I said this — the Queens County bullies association,” he said.

Now Scaramucci has shifted from criticizing Trump to telling reporters several times he loves the president. He also apologized for calling Trump a hack and said the president still reminds him of his previous comment

“I should have never said that about him,” he told reporters at his first press briefing Friday, adding later: “Mr. President, if you’re listening, I personally apologize for the 50th time for saying that.”

Trump weighed in Saturday morning, saying Scaramucci wanted to endorse him but didn’t know he was going to run. But as The Washington Post’s Aaron Blake pointed out, Trump had been a candidate for a month when Scaramucci called him a hack.

“I’ve seen this guy throw a dead spiral through a tire, I’ve seen him at Madison Square Garden with a topcoat on, standing in the key and hitting foul shots and swishing them — he sinks three-foot putts,” Scaramucci said.
“I don’t see this as a guy who’s ever under siege. This is a very, very competitive person. Obviously there’s a lot of incoming that comes into the White House. But the President’s a winner and what we’re going to do is we’re going to do a lot of winning.”

“If we don’t play my way, I’m taking the ball and going home.”