Two people were recommended for post-exposure rabies treatment after a consumer in Florida reported finding a dead bat in a packaged salad mix, the Centers for Disease Control and Prevention said Saturday.

The bat was sent to the CDC after it was found in a bag of Fresh Express Organic Marketside Spring Mix.
“The deteriorated condition of the bat did not allow for CDC to definitively rule out whether this bat had rabies,” the Atlanta-based agency said.
The CDC said the risk of rabies transmission was extremely low but not zero, so the two people who ate salad mix were recommended for treatment as a precaution.
They are fine and show no signs of having rabies, the CDC said.

How can you not notice a deteriorated bat in your salad before you eat it? 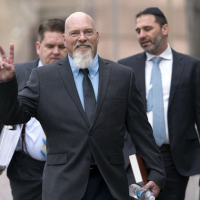