Satire from The Borowitz Report, by Andy Borowitz:

TULSA (The Borowitz Report)—Stung by the paltry turnout at his Saturday-night rally in Tulsa, Oklahoma, Donald J. Trump’s campaign has announced plans to hold his next rally in the bunker beneath the White House.

In announcing the rally, Brad Parscale, the chairman of Trump’s reëlection campaign, denied that the choice of venue reflected a tepid level of enthusiasm to see the candidate speak.

“The bunker holds forty people,” Parscale said. “That is a much larger seating capacity than Joe Biden’s basement.”

Despite the choice of such an intimate venue, however, Trump campaign sources are privately worried that they may have difficulty filling the bunker.

According to one source, Jared Kushner spent all of Sunday morning on the phone begging people to attend the bunker rally.

“All of Jared’s friends said they’re coming, so that’s five seats right there,” the source said. 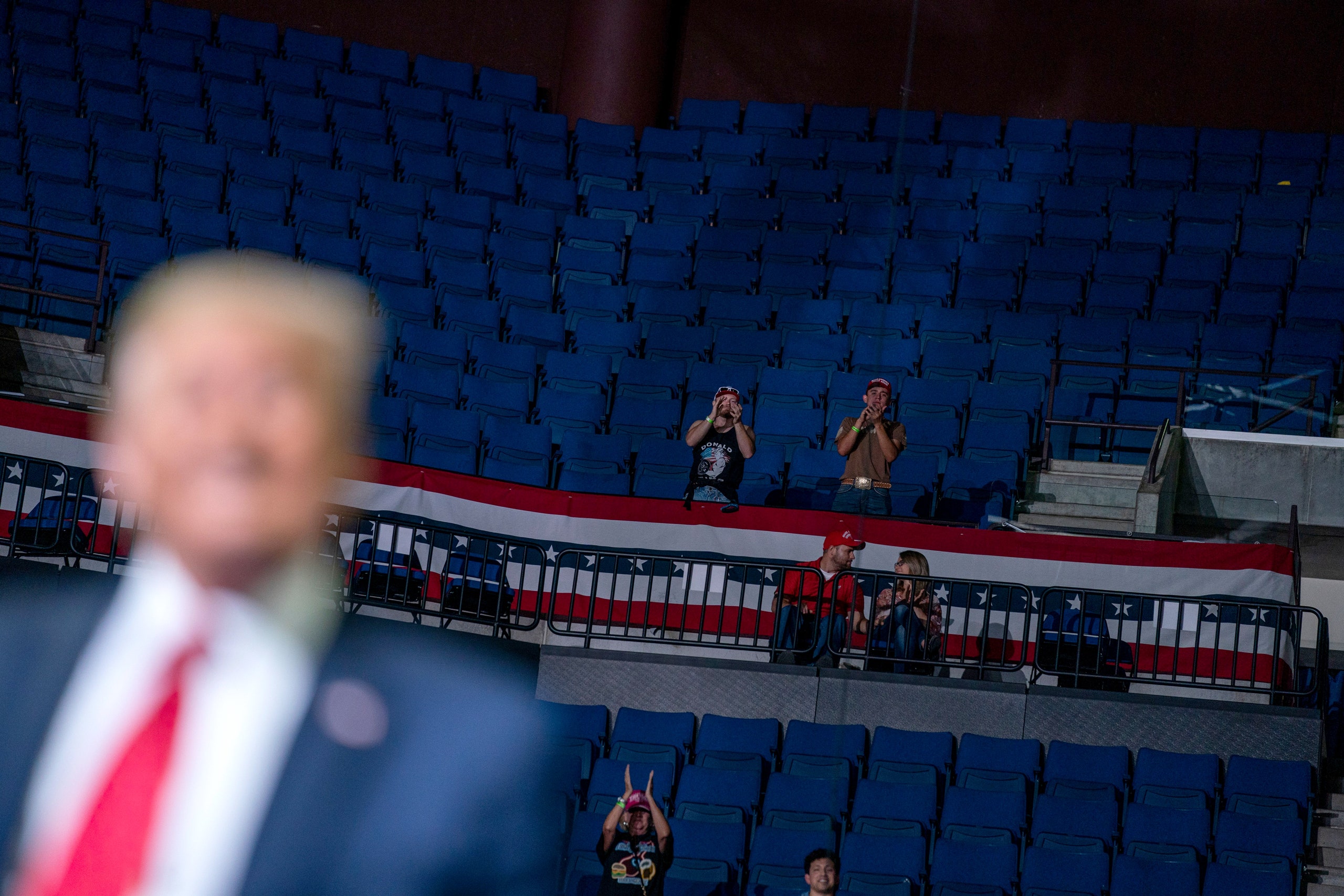