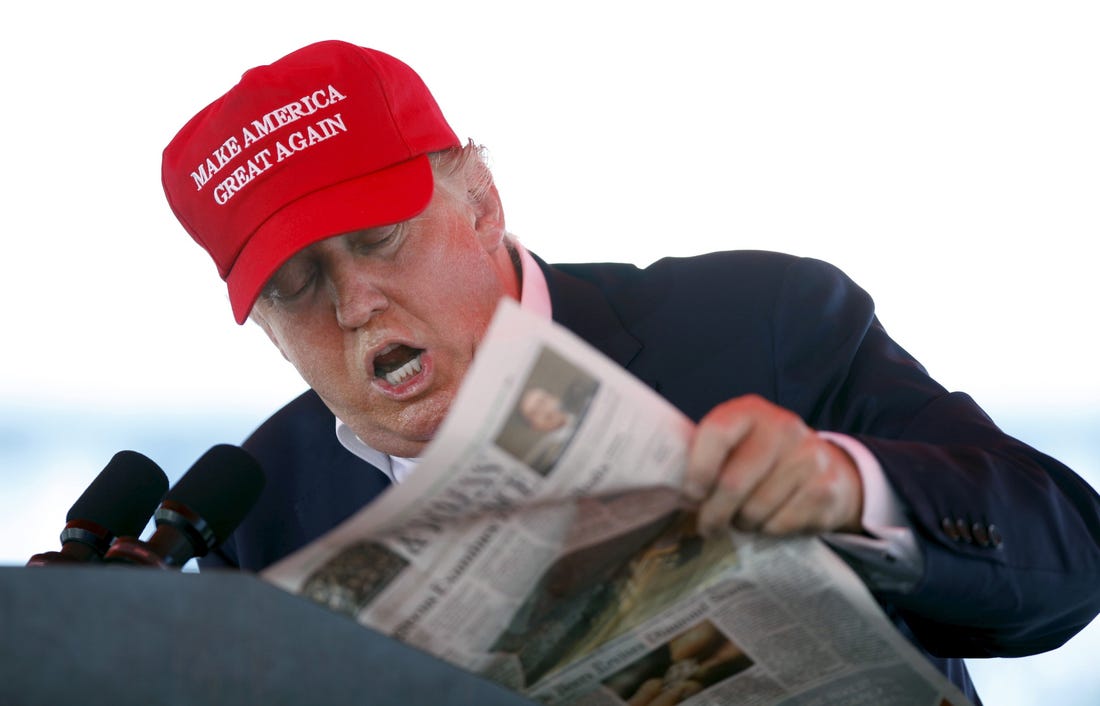 Because of course she did.

The tragic history of human sin, the Pope says in his message, is the first “fake news” and it dates back to the book of Genesis, when the “crafty serpent” lied to the woman. In present day, according to the Pope’s message the fast digital world helps fuel the spread of “fake news” — which he defines as “the spreading of disinformation on line or in the traditional media.”

i love my goth wife @mrdaddymanphd

trump: all media is FAKE NEWS