My good friend, Frumpzilla, over at The Frump Gazette had an excellent piece the other day on the U.S. as a nation comprised of immigrants.  If you haven’t seen it yet, click here.  It’s a must read, as always.

Our country used to “lift our lamp beside the golden door”, but now it seems we’ve turned out the light and are pretending nobody’s home.

That got me thinking about my own family immigration history.  Some ancestors were here as early as the 1630’s, having left France by way of England after the St. Bartholomew’s Day Massacre in Paris.  Others, the Norwegian side of my mother’s family, got here fairly recently in the 1870’s.  Since they’re the “newest” immigrants in my family, I’d like to show you some photos and tell their story a bit. 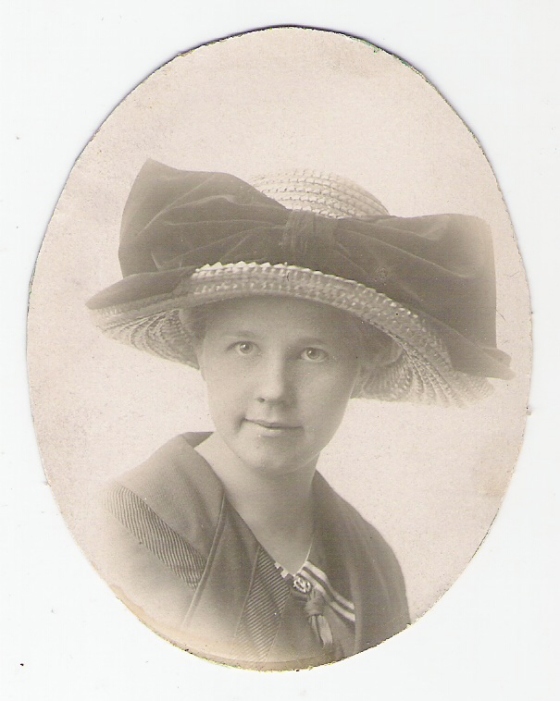 This is my maternal grandmother, Annette, or "Nettie." She was first-generation Norwegian-American and grew up in Wisconsin. 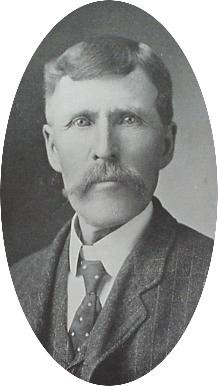 This is her father, Carl. He came to the United States from Norway in 1871 when he was 20 years old. He joined his brothers who were already working in South Dakota as lumberjacks and eventually settled in Wisconsin and became a successful farmer and respected member of the community.

This tiny little lady was Nettie's mother, Amelia. She came to the U.S. from Norway about the same time as Carl, but as a teenager with her family. Here she is seen in her 80's posing with some of her sons and daughters. I think she had at least nine children, including two sets of twins!

This beautiful young woman was Nettie's sister, Emma. She died tragically at the age of 18 from peritonitis following a ruptured appendix. She had been working at the home of neighbors as a maid or house servant. It breaks my heart to think that she could have been saved if only antibiotics had been discovered earlier. I think the lovely lock of blonde hair tied with a ribbon that I found in my grandmother's old family Bible had to have been hers. In the list of names of the children and their birthdates that my grandmother inscribed in the Bible many years later, Emma's name is conspicuously absent. Perhaps it was too painful for my grandmother to contemplate. 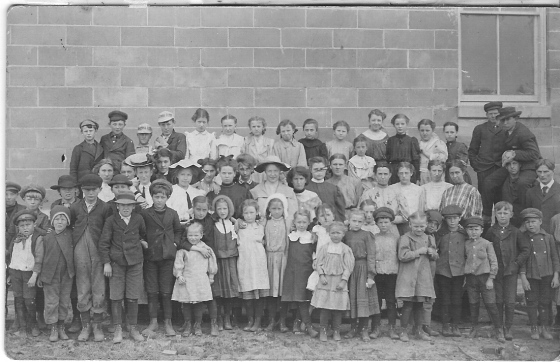 Here is Nettie as a schoolgirl. She's in the middle row to the left, the one with the white shirt, black tie and white floppy hat. When I look at these kids, I try to imagine what they would look like wearing modern clothing. How many Hannah Montana t-shirts would be on the girls and how many sports jerseys and skater pants would be on the boys? It boggles the mind! (One of the girls to the right of Nettie has had the misfortune of having her face scratched over in the photo. Maybe an early form of "de-friending" in the pre-Facebook era?) Click on the photo for an enlarged view.

Nettie went on obtain a teacher's certificate, enabling her to teach the 3rd grade. Some of the subjects were new to me. I looked up "orthoepy" and found it to be the study of the pronunciation of words. Since my grandmother was a Gemini, like me, I'm sure she would have loved to blog if she had been born in my generation! It seems Nettie wasn't taught to speak Norwegian. Her parents, regrettably, didn't teach their children their own native tongue beyond some words and phrases. They only spoke it when they didn't want the kids to know what they were talking about! This is something I wish had been passed along, since bi-lingualism is so much easier to acquire when you're a child rather than an adult. But apparently they felt that they weren't in the Old Country anymore, so that is what they chose to do. There are some people today who don't see the benefit of knowing other languages besides English, but I think we are so much richer as a nation if we recognize that we aren't the center of the universe. Just sayin'... (Again, click on the image to enlarge it.)

Here we have Nettie and her class standing in front of the one-room school house she taught in for two years until she met.... 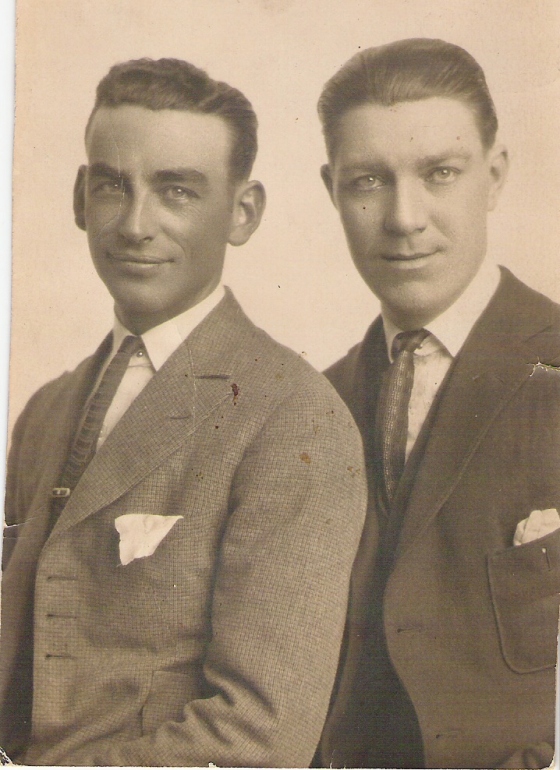 ...the dapper young dude on the left, my grandfather, Harold. His ancestors were the ones who were French Huguenots who escaped from France and came to the Colonies in 1630. Harold and Nettie were married and a few years later came... 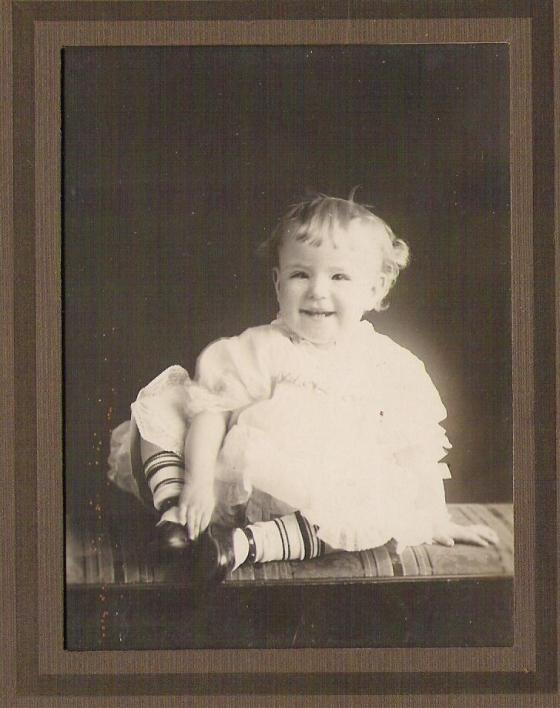 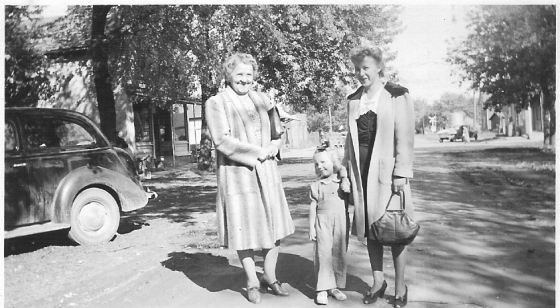 Nettie, Harold and Iris moved to California in the early 1930's but came back to Wisconsin to visit family. (The little girl is the daughter of a neighbor.) 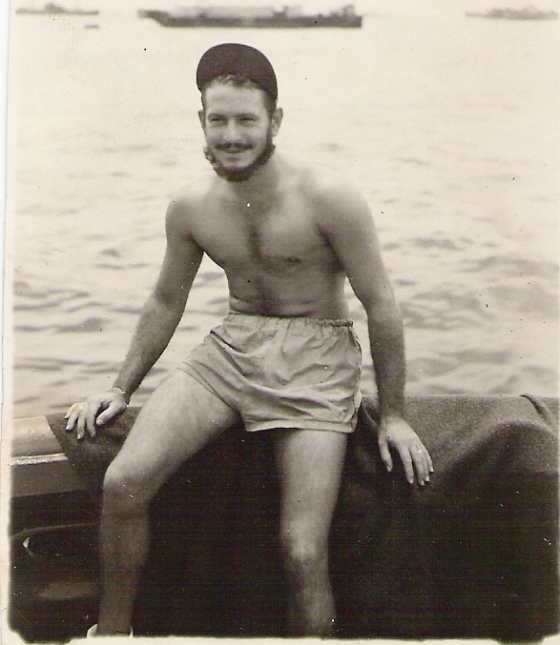 My mother found her own hunky dude in the form of my father, Jack, seen here on his Coast Guard ship during WWII. His ancestors came to this country from the Alsace region of France, probably in the early 1700's. (That region typically veered back and forth between the control of France and Germany until finally coming under French rule in recent times.) My Dad's relative during the Revolutionary War provided meat to the troops, so we qualify for membership in the DAR for that "patriotic assistance." They say an army travels on its stomach....

Their union was "blessed" first with the arrival of my brother, Tim, in 1943 and then with me in 1947. Will you get a load of the noggin on that baby! 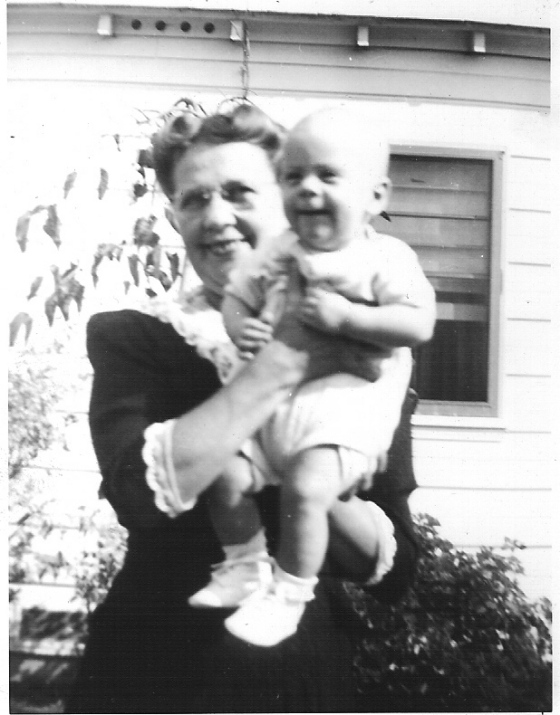 This is Nettie holding my brother, Tim. Unfortunately, sometime just prior to my birth Nettie was stricken with pernicious anemia, an auto-immune disorder that prevents the absorption of vitamin B12. (I recently learned people of Scandinavian heritage are particularly predisposed to this condition.) Before it could be discovered, she had severe damage to the motor nerves in both legs and for the rest of her life she could only get around haltingly on crutches. My brother remembers her when she was active, able to work (and bring him presents every day!) but I never knew her any other way than as an invalid confined to her home.

This was taken at our home in California, probably around Thanksgiving. Although Nettie is standing with the help of Harold, you can see her crutches leaning against the wall by the door. I don't blame her for not wanting to be photographed with the crutches she depended on for at least twenty-five years. That's me standing in the doorway. I hated to dress up for holidays, so as soon as Grandma saw me in my fancy dress, I zoomed into my room and changed into something more comfortable--jeans and sneakers.

Although Nettie couldn't get around, she remained true to her Gemini nature. Her legs didn't work but her hands were exceptional. She created wonderful handmade fabric dolls and knitted and crocheted items for family. This photo is Nettie and Harold's 50th wedding anniversary. Nettie died in 1965 and Harold followed soon after in 1967.

So here’s a look at a family history that started with some brave individuals who took the chance to come to this country seeking a better life for themselves and their descendants.  We owe them a lot.  We are a nation of immigrants, and we should never forget it.