“You’re not supposed to gain 60 pounds during the year that you’re Miss Universe,” Gingrich told a Log Cabin Republicans event in Washington, according to the Daily Mail.

I get more than a little tired of men (Trump, I’m lookin’ at you, too) who are in incredibly poor physical shape and yet they feel they are the arbiters of what women should look like.

I worked for a doctor who looked like Gingrich here and, because of his wealth, was married to a very slim woman. (She later divorced his ass after the kids were gone.) This doctor used to criticize women of normal weight and looks as not being up to his high standards. I just wanted to scream, “Have you looked in the mirror??!”

Last night on “Full Frontal” with Samantha Bee, she played the clip from the debate where Trump goes on and on about Hillary not looking presidential and her lack of “stamina.” Samantha finally says, “Why don’t you just come out and say ‘penis’?” Exactly.

From The Daily Kos, by Bill in Maine:

A few reminders on this, the last full day of summer:

• The Republican running for president fills his speeches with a string of non-stop lies and his followers love him because he “tells it like it is.”

• The Democrat running for president is generating huge controversy by existing.

• You can still be fired for being gay in 29 states and for being transgender in 32.

• Black lives still don’t matter as much as white lives.

• The only thing taking over the world faster than robots is pumpkin spice.

• The Patient Protection and Affordable Care Act continues to reduce the number of uninsured in America and is growing in popularity. Republicans are starting to want you to forget they ever opposed it.

• A little more mansplaining about ladyparts will cause women to flock to vote Republican in November.

• If the world doesn’t end on October 31st, you’ll probably want to weigh the pros and cons of tossing out the coleslaw in the back of the fridge that expired in June.

Television anchors laid into Trump on Friday. News networks carried the event in full under the impression he would expand on his past “birther” claims and take questions.

But instead, Trump made only the brief remarks, spending the vast majority of the event honoring Medal of Honor winners and veterans there supporting Trump and lauding his new hotel just a stone’s throw away from the White House.

“We got played again by the Trump campaign, which is what they do,” CNN’s John King said, making clear that he did not mean to disrespect the service members being honored at Trump’s hotel

“He got a live event broadcast for some 20 minutes.”

After Trump left to tour the new hotel, security stood by the doors and and refused to let reporters and some attendees out of the event hall to follow Trump. Once they opened the doors, Trump had left the building.

As everyone waited inside the hall, the backdrop for the event came tumbling down, including American flags, military flags and one marking the sacrifices of servicemembers killed or missing in action.

No one appeared to be hurt in the mishap.

Except the American public. 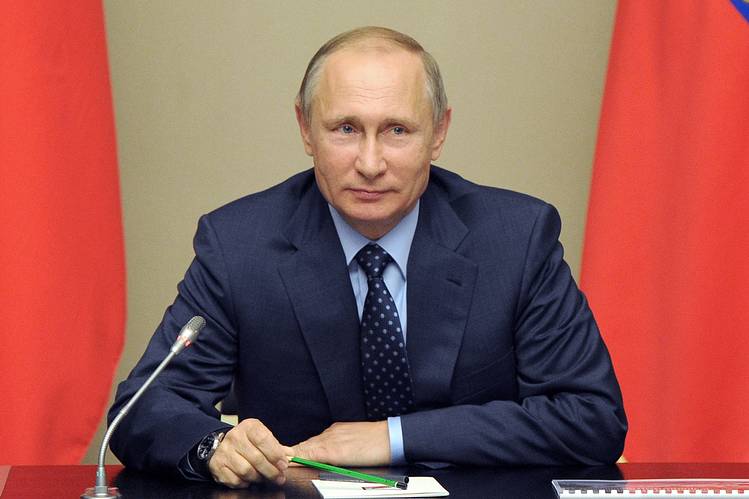 As cable networks give Trump a free hotel ad, I’ll note that the women’s bathrooms here have no hooks to hang your purse. Annoying! Sad! “You think this is easy? In this beautiful room that is 122 degrees,” Trump said, although the arena was notably chillier than his usual venues. “It is hot and it is always hot when I perform, because the crowds are so big, these rooms were not designed for this kind of crowd.”

So Trump views campaigning for the most important job in the country as all part of a performance, like when he was on the “Apprentice.” 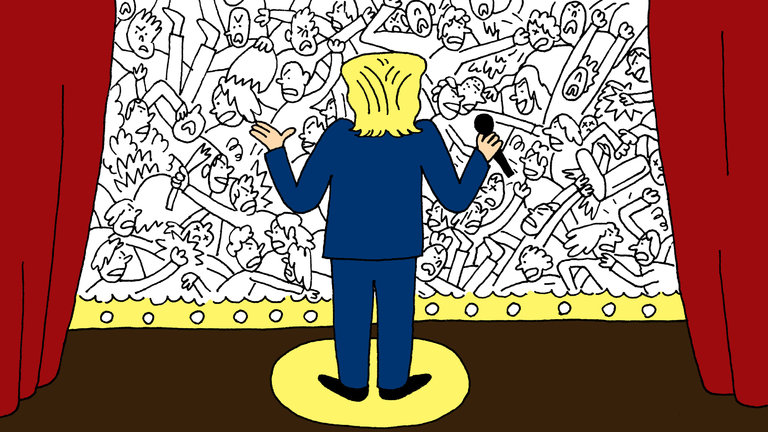 “Well I will sever connections and I’ll have my children and my executives run the company,” Trump told “Fox & Friends” in the first segment of a two-part telephone interview. “And I won’t discuss it with them. It’s just so unimportant compared to what we’re doing about making America great again. I just wouldn’t care. I guess you can say there’s a conflict because as the company — country — gets stronger, that’s good for all companies, right? But I wouldn’t care. It’s so unimportant compared to what I’m doing right now.”

The sort of enmeshment between a country’s leadership and business class, where wealthy rulers can enrich themselves through their public behavior, is a hallmark of the post-Soviet realm of which Trump is famously envious. Trump’s response to the conflict of interest is to assure his listeners that it wouldn’t matter because he loves his country so, so much. (As does Vladimir Putin.)