The conservative Drudge Report on Thursday faced pushback from other conservatives after mocking President Trump over his comment about building a wall in Colorado.

The Drudge Report featured an altered map of the U.S. to include the Mexican border extending up to the border of the Rocky Mountain State, leading to some conservative media observers to pushback on the longtime conservative blog, noting that they think it seems that Matt Drudge, the site’s founder, has seemed to recently sour on the president. 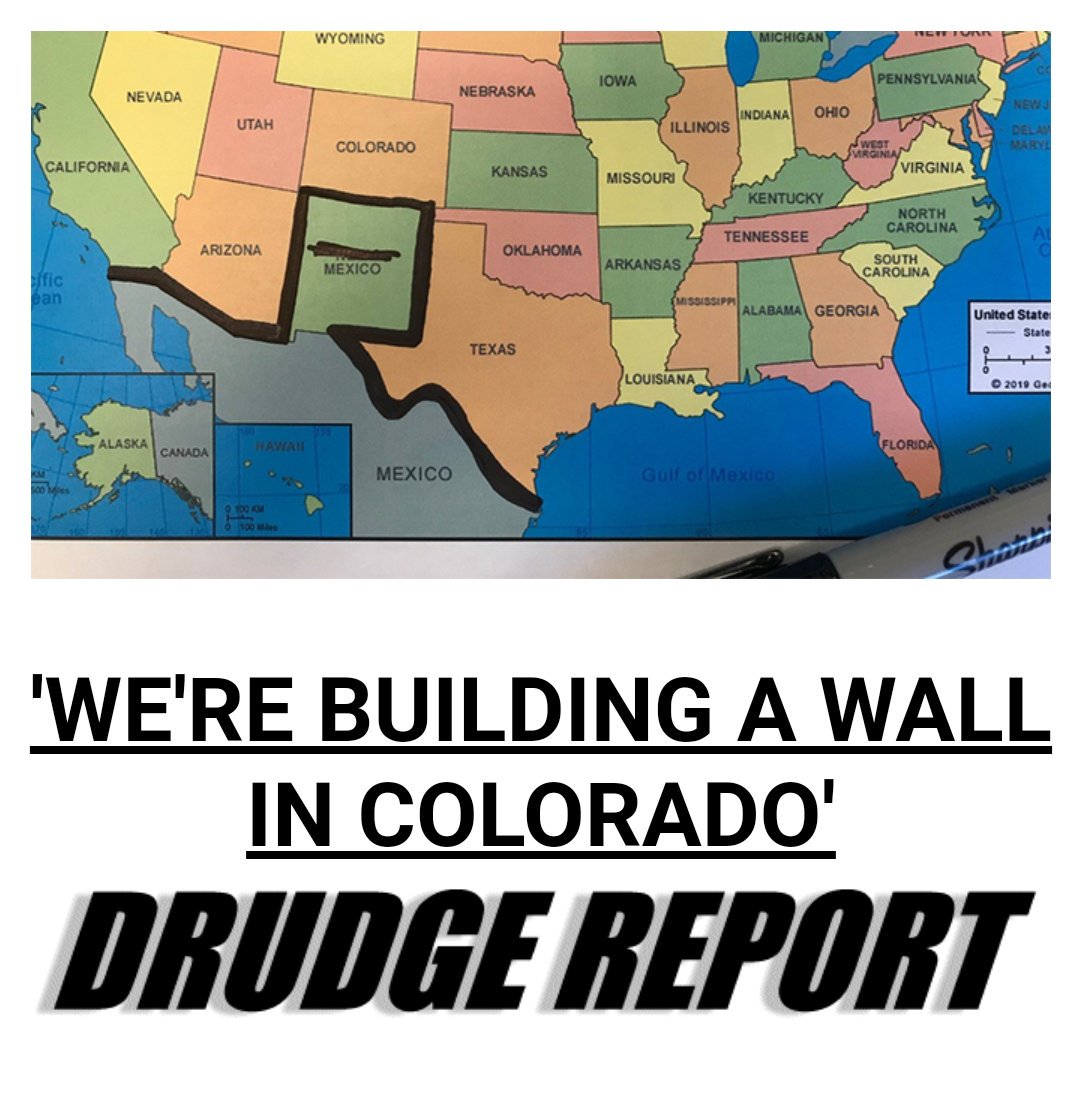 In a speech from Pittsburgh on Wednesday, Trump said that he was “building a wall in Colorado” after talking about wall construction in neighboring New Mexico.