On CNN’s “State of the Union,” Pompeo was asked by host Jake Tapper whether he believes North Korea remains a nuclear threat.

“Yes,” Pompeo replied. Trump and Kim are set to hold a second summit in Vietnam this week.

When pressed about Trump no longer seeing North Korea as a nuclear threat, Pompeo said that’s not what Trump said.

“What he said was the efforts that had been made in Singapore, this commitment that Chairman Kim made, have substantially taken down the risk to the American people,” Pompeo said. “We’re aiming to achieve that.”

The president has maintained that North Korea is on the path to get rid of its nuclear weapons and at times has said there is no nuclear threat from the hermitic nation. On June 13, Trump tweeted, “There is no longer a Nuclear Threat from North Korea.“ 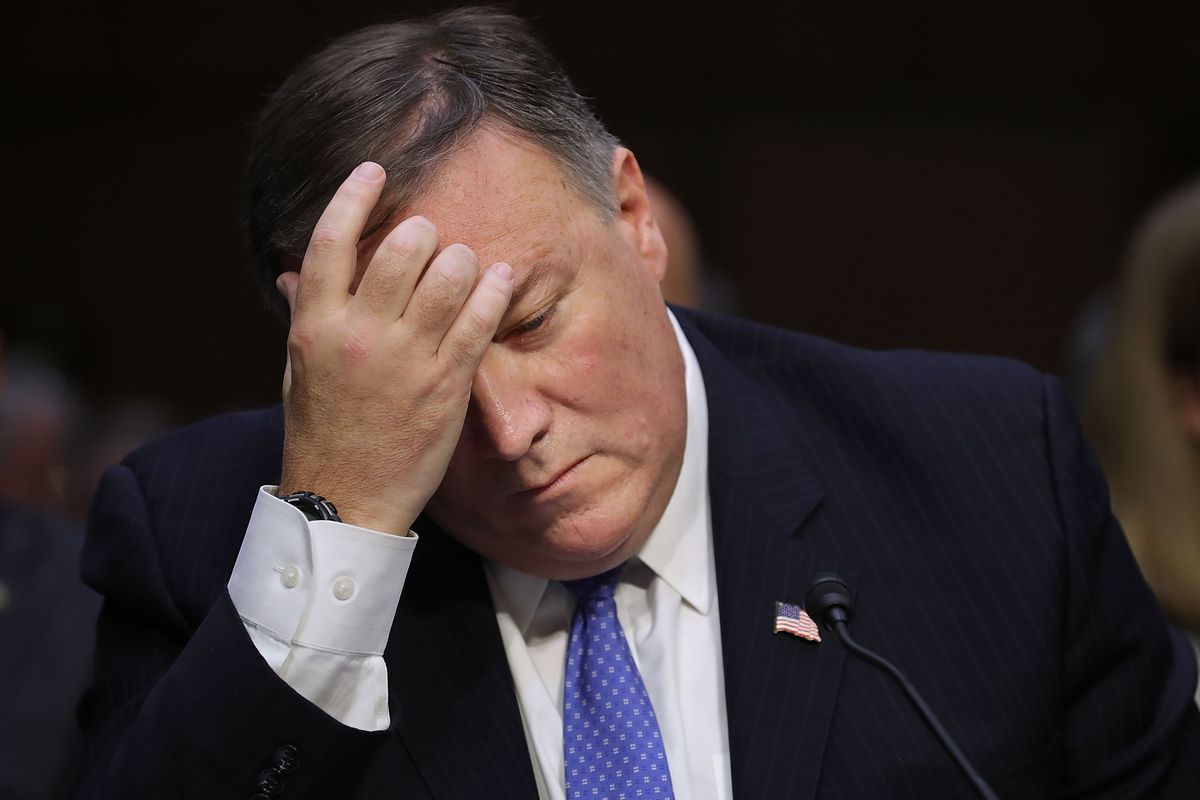 Yesterday, the 4th of July, was also our wedding anniversary.  Thirty-six years of wedded bliss!  The second time around for both of us, so I guess the marriage “took” this go-round.

My daughter invited us to stop by their new two acre place out in the country to partake of an anniversary cake she’d baked and to enjoy some fireworks they got for the grandkids.

Last year the entire county was so dry from the persistent drought, fireworks of any kind were banned.  Even the annual fireworks display at the fairgrounds was deemed too risky to go forward, so it was cancelled for the first time in county history.

You know fireworks are a big deal in Texas when you see a stand at every major crossroads offering the unbelievable bargain of “Buy one, get eleven free!”

Our son-in-law is a police officer and had to be out at the fairgrounds to help direct traffic for the hordes of incendiary-device-starved gawkers, so my daughter wanted to save most of the fireworks for when he got home.

Now, after living out in the country for about 30 years, I get a little goosey about setting off flaming things for fun.  Even though this year has been better drought-wise, we’re still not where we should be with rainfall totals.

That being said, the all-wise county officials decided it would be okay to celebrate the 4th in the usual fashion, so we found ourselves going through the pre-packaged fireworks box trying to find a couple of things just wussy enough to satisfy Memaw’s trepidations but at the same time spectacular enough for the kids’ enjoyment.

We settled on some fairly small “fountains” that, when lit, were supposed to send up plumes of colored sparks.

The first one went off without a hitch, so we moved onto a little bigger one, which performed as advertised on the warning label.

About those “warning labels”—-mainly they said “Light fuse and GET AWAY.”

All the fireworks were made in China and had flowery packages, making the contents look completely innocuous.  We know better, don’t we?

So after a couple of the fountains, my daughter and granddaughter decided they’d try one of a set of three separate fireworks called “Ladybugs.”

The Ladybugs were round, flat on the bottom and about four inches in diameter.  Painted red with black spots, they looked very cute and innocent.  The warning label on them said they would rise off the ground, spin around and emit sparks (along with the “Light fuse and GET AWAY” standard warning.)

To me, it brought to mind images of those pin-wheel fireworks of my childhood in the 1950’s, the kind that do a lot of spinning and sparking, but not much else.  Okay, we’ll give it a try.

My daughter, the official pyrotechnician of the evening, put one of the bugs down on the dirt, lit it, and ran back to stand with us chickens.

Initially, the Ladybug did as advertised—it lifted about six inches off the ground, spun around while emitting sparks—but here is where it diverted from the script.

It emitted an ear-splitting whistle, rose 40 feet into the air and arced into a trajectory that took it over the treetops, disappearing out of sight somewhere deep into the neighboring two acre property, like a failed North Korean ballistic missile.

We all just stood there with open mouths, in awe of the entirely unexpected outcome of the launch.

My daughter (in her defense) said, “But the lady at the fireworks stand said people really like these!”

I replied, “And people really like to put cherry bombs down toilets too, but that doesn’t mean it’s a good idea.”

We anxiously waited to see if there were any flames or other repercussions from the errant missile, but nothing happened.  We decided the Ladybug was the capper for the evening (at least until Dad got home) and delicately put the remaining two back on the kitchen table—away from any flames.

Somewhere in China, a warning label writer is chuckling.