Katie Ledecky and Michael Phelps recreating (and flipping) their photo of ten years ago.

Makes me kind of teary. *sniff*

10 years ago: A 9-year-old named Katie Ledecky gets an autograph from Michael Phelps. (Credit: Ledecky family) 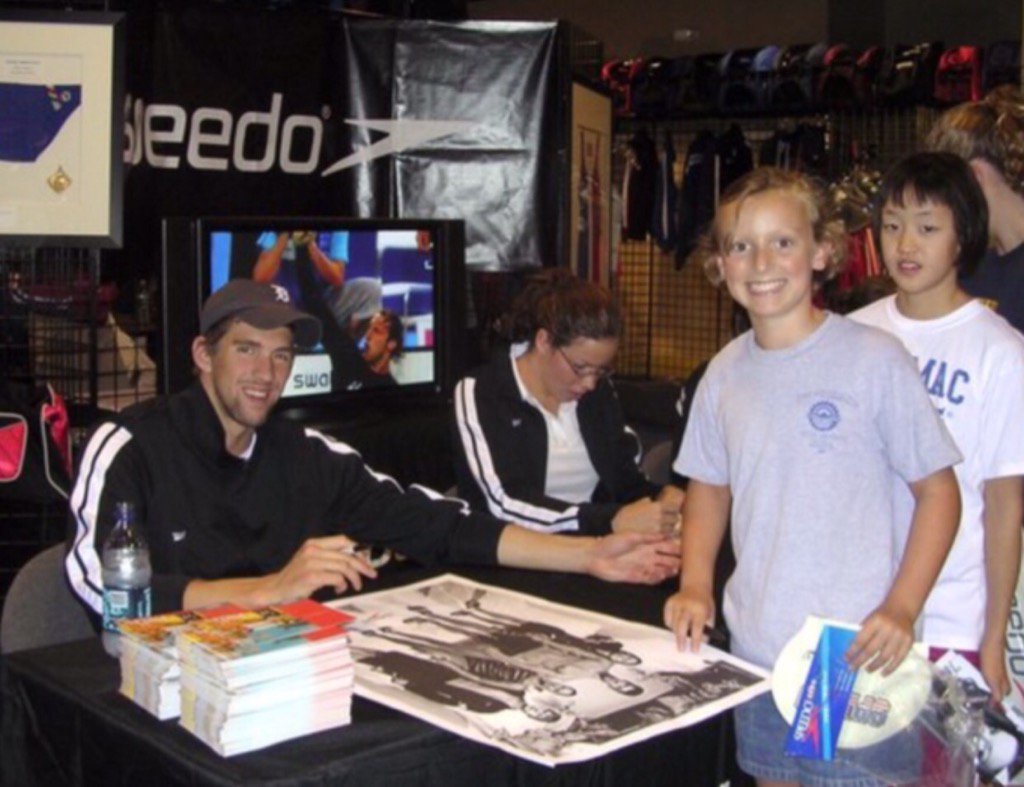