US President Donald Trump has wrongly claimed that Britain’s Queen Elizabeth II reviewed her honor guard for the first time in 70 years during his visit to the United Kingdom last week.

Trump made the claim Tuesday as he read from a prepared statement at the White House in an attempt to rebuff fierce criticism over his comments at a news conference with Russian President Vladimir Putin in Helsinki, Finland, a day earlier.

“We met with the Queen, who is absolutely a terrific person, where she reviewed her honor guard for the first time in 70 years, they tell me,” Trump said, without specifying who “they” were.

“We walked in front of the Honor Guard, and that was very inspiring to see and be with her. And I think the relationship, I can truly say, is a good one. But she was very, very inspiring indeed.”

The Queen — who has been on the throne for 66 years, not 70 — regularly reviews a guard of honor from the Household Division. 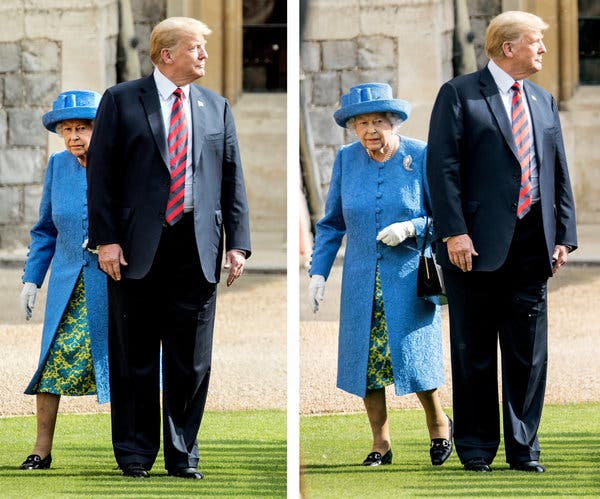 The president of the United States has requested to ride in Queen Elizabeth II’s golden state carriage during his upcoming visit to Buckingham Palace — a choice that will require a “monster” security operation. Officials told the Times of London that, “The White House has made clear it regards the carriage procession down the Mall as an essential element of the itinerary for the visit currently planned for the second week of October.”