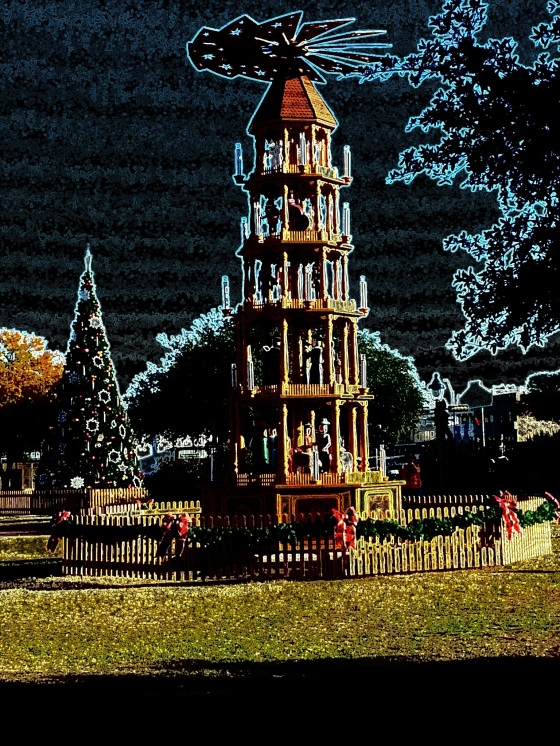 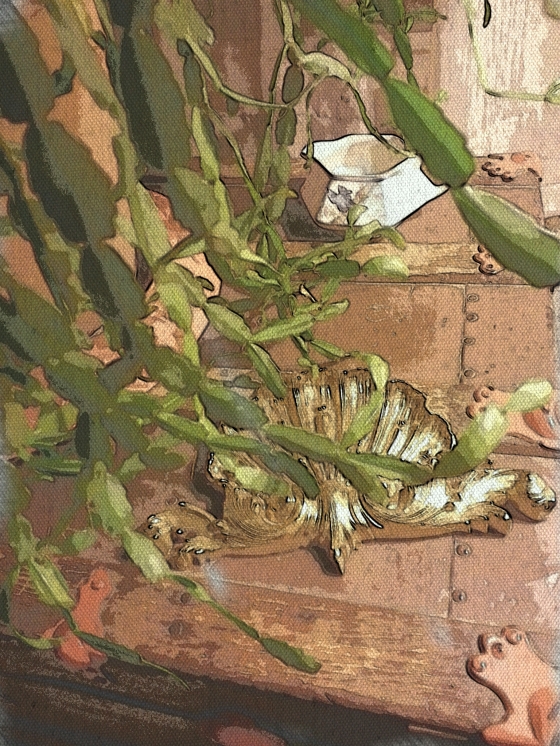 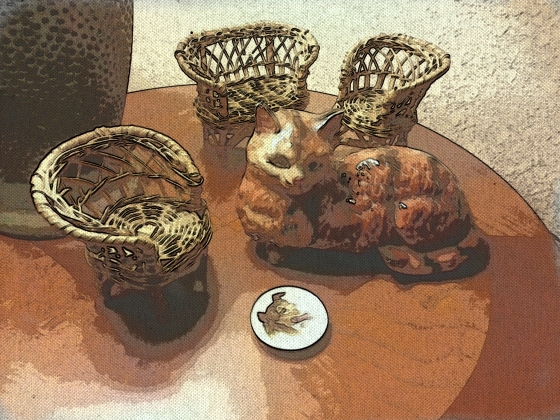 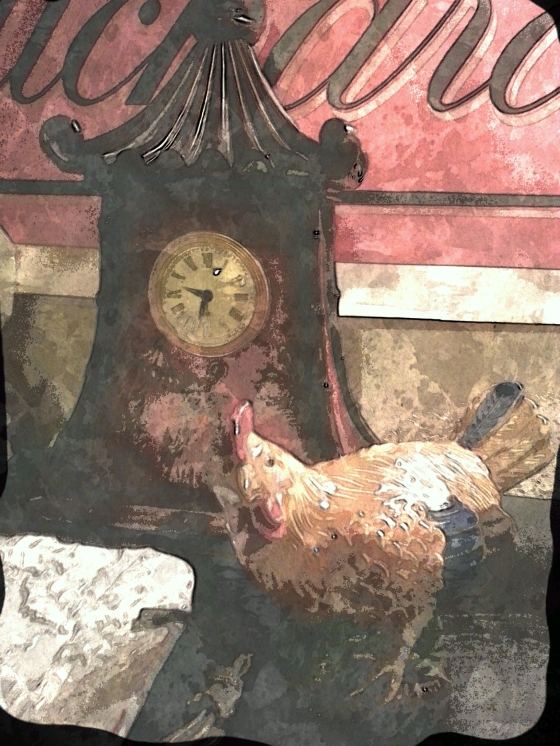 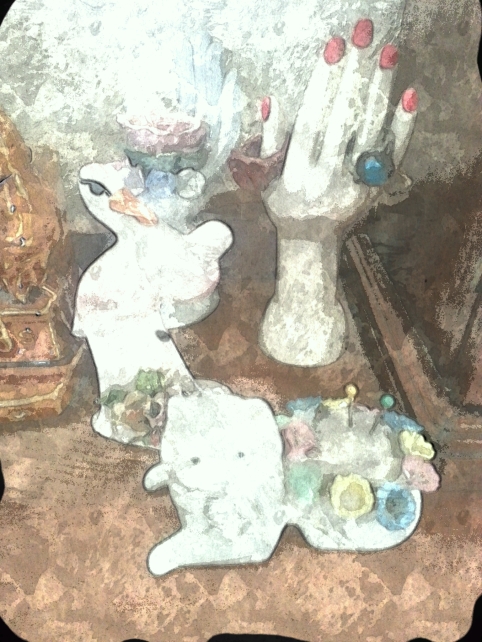 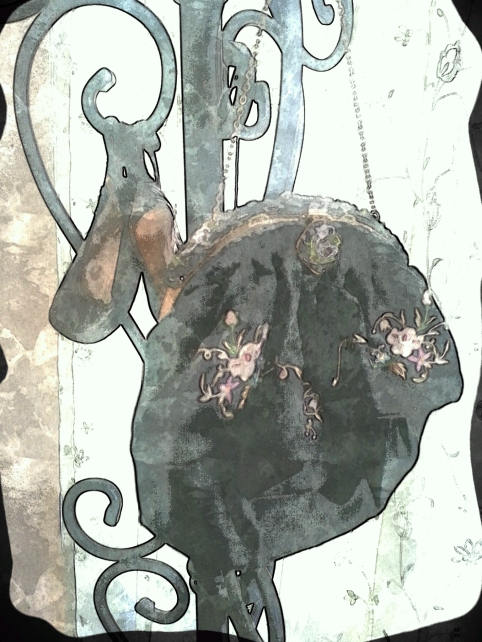 The squirrel skull, above, is for my friend, Merrilymarylee, who sooo loves these adorable little woodland creatures.  Ha!  Truth be told, she’d probably like to do a wild dance of revenge around it for all the raided bird feeders.

I’ve been having such a good time noodling around with my smartphone Paper Artist app, I thought I would try to post a few every day or so.

You’ll have to remember I am a Gemini.  We’re allowed to be idiosyncratic.

It’s in the owner’s manual. 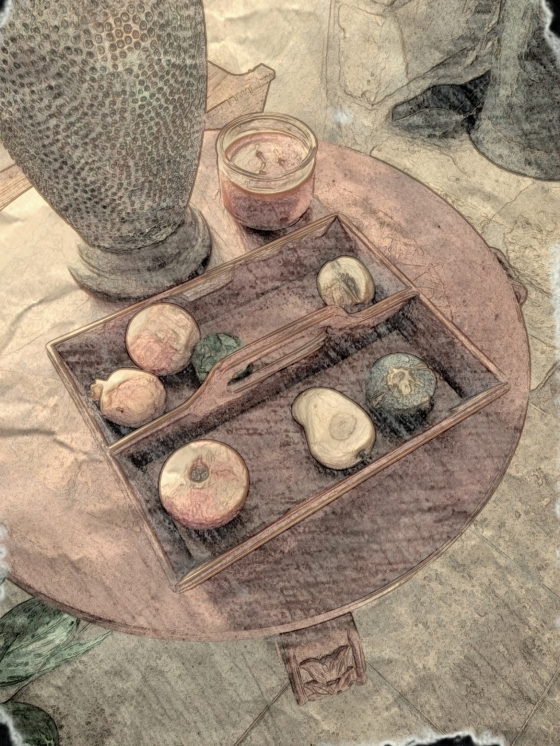 I stopped at our beautiful town park today after a trip to good ol’ Wal-Mart. I spend so much time there, they’re going to set up a cot for me in the back room.

After I left what we jokingly refer to as “Lard-Mart,” I whizzed through the drive-thru at Dairy Queen and got a large diet Dr. Pepper—my drug of choice, behind chocolate candy which I’ve been denying myself now for two months.  (I had a Hershey’s Kisses monkey on my back, and I had it bad.)

Dairy Queen is another local haunt where they know me by sight and can spout what I’m going to order before the words leave my mouth.  Seriously, if they don’t see me for a couple of weeks, like when I was in California, they begin to assemble a search party.

Anyhoo, the park has been especially nice this week because all the , er, adorable tykes are back in school.  I like to sit underneath a large grape arbor near a rock waterfall that flows down to a paddle wheel and it’s great not to have the little children clambering all over the rocks where the two large signs say “For Your Safety, Please Do Not Climb On Rocks.”

But who reads.  Certainly not their parents, who tend to look in the other direction or at their iPhones while the little darlings are running amok and pulling the flowers and shrubbery apart to use as weapons.

So I took some photos using my Paper Artist app on my Smartphone.  The statues in the last two are a little larger-than-life-size grouping that depicts the peace treaty between the local settlers and the Native Americans who were living here. 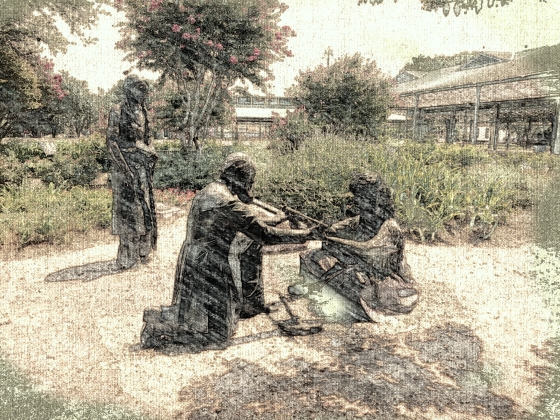 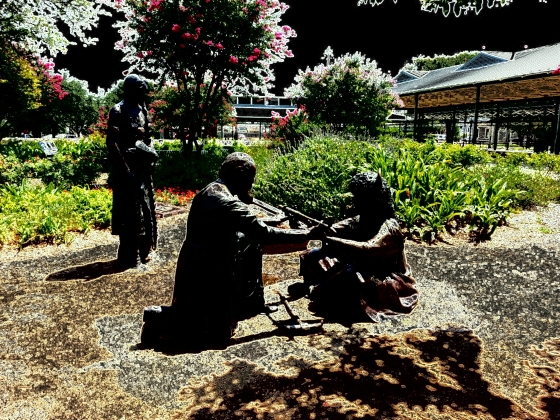 I cut all the silhouettes, except for the two on the bottom row of me at ages 5 and 13 which were done at Farmer’s Market in L.A. and Disneyland.

My daughter gave me the framed poster by Cheret, one of my favorite French advertising poster artists. 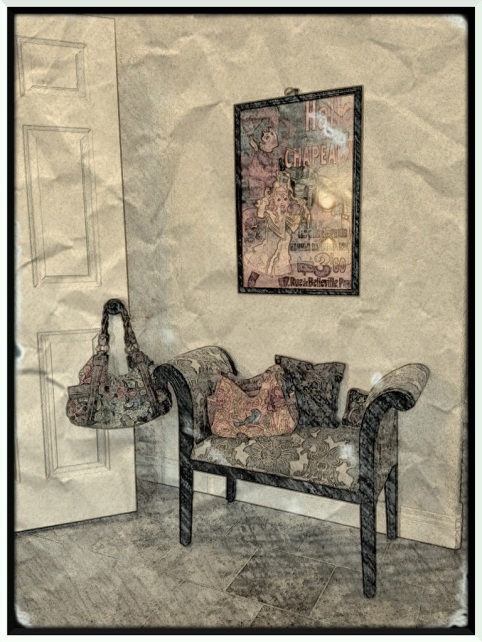 I think this reminds me of Vermeer….if he were into purses. 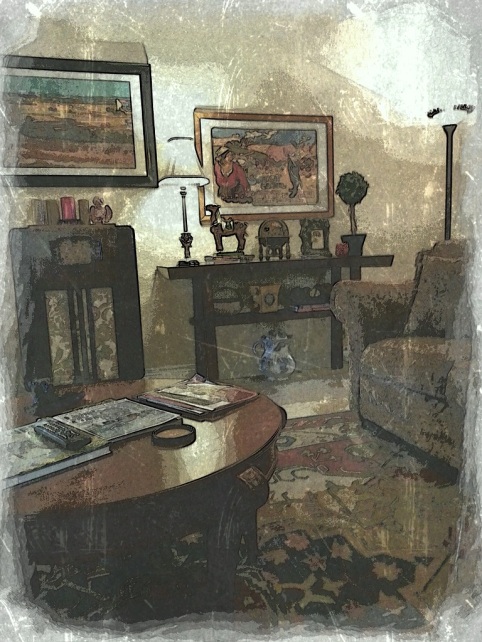 The old radio came from the chicken ranch of my husband’s grandparents. They lived on Lover’s Lane. Aww.

My husband has the Green Thumb. When we met, I had the Tomb of the Unknown Plant on my dresser. 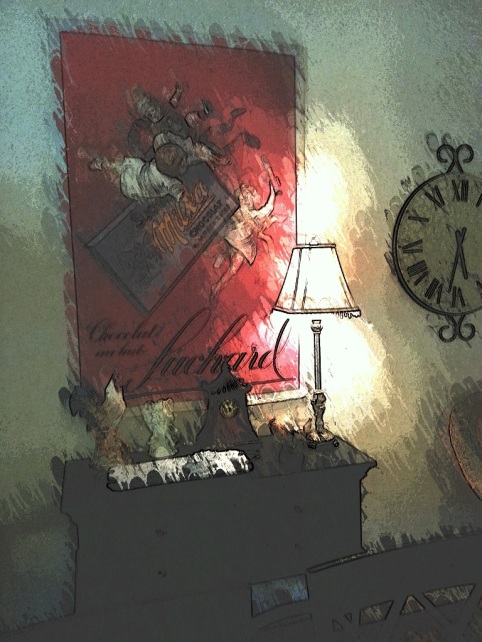 This is another great poster from my daughter. Good to know someone in the decorating “biz,” no? 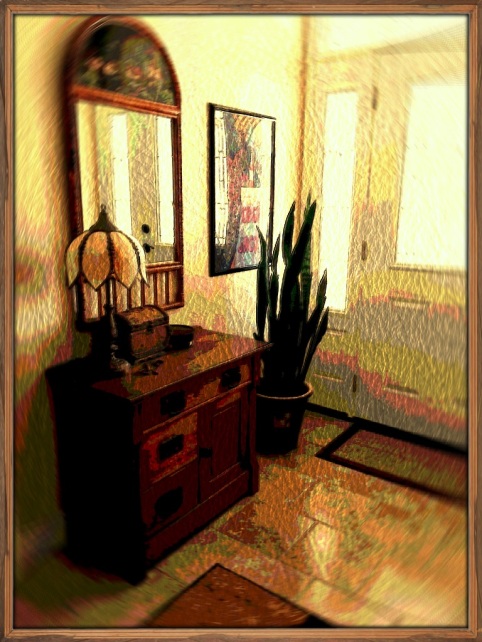 The plant is often called “Mother-in-law’s Tongue.” No comment.

Pay no attention to the dog toys on the rug. Ahem. 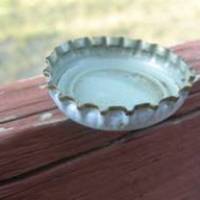