From the New Yorker, by Barry Blitt:

From The New Yorker, by John Cuneo: 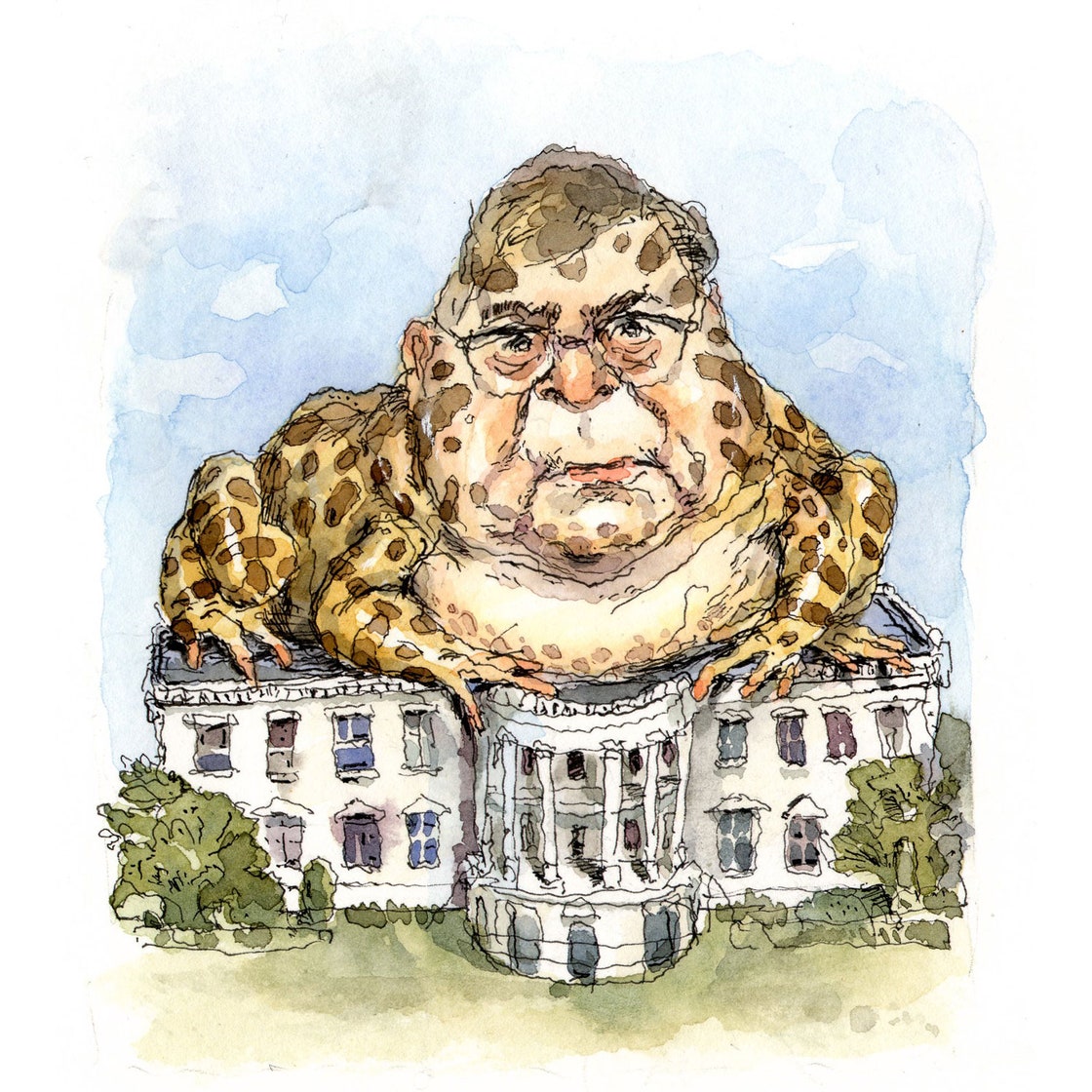 “The last stanza of the morning’s performance of the low farce that is William Barr Covers the Royal Ass had the Attorney General of the United States telling Senator Sheldon Whitehouse, Democrat of Rhode Island, that when, at an earlier hearing, he had talked about the possibility that the Obama administration had spied on the Trump campaign, it was just a word that is a word and it just popped right out of his mouth. Bing! Like that. Whitehouse stared down at him as though Barr had grown a second head, and then everybody went out to vote and have a little lunch.

The morning’s performance was shadowed, of course, by the revelation in Wednesday’s Washington Post that Robert Mueller was agitated and upset with the way that his report had been summarized in Barr’s four-page memo released at the end of March. In response, the Republicans on the Senate Judiciary Committee decided to talk about the Steele Dossier, Strzok and Page, Hillary Rodham Clinton, and, god help us all, Her e-maillllzzzzz!

On the other side, the Democratic members of the committee insisted on talking about what Barr has been talking about ever since he put out his memo and pretty much poisoned the well with regard to what Mueller found and what should be done next. Barr tried to tap dance, but he’s not very good at it, and his arguments kept colliding with each other. For example, he kept trying to deny that his four-page summary was actually meant to summarize anything, which, I think we all can agree, is a hard argument to make: that the purpose of a summary is not necessarily to summarize.

In addition, Barr had no answer for the fact that, a couple of weeks ago, while testifying before another congressional committee, he had said he didn’t know of any problems Mueller had with how he’d summarized the counsel’s work. By that time, Barr had received Mueller’s letter expressing those very problems, and he had spoken to Mueller on the phone. Of course, when the chairman of the committee, Senator Huckleberry Graham, starts things off by stating flatly that he hasn’t read the whole report, anything goes, I figure. William Barr is another figure in the Trump Organization wax museum, and he’s melting down like all the others.

From The New Yorker, by Andy Borowitz in “The Borowitz Report”:

WASHINGTON (The Borowitz Report)—Attorney General William Barr has just read the classic American novel “Moby-Dick,” by Herman Melville, and found that the book contains “no evidence whatsoever of whales,” Barr stated on Tuesday.

The Attorney General issued his statement on the absence of whales in the Melville classic in a two-paragraph book report released to the news media.

“Those who read ‘Moby-Dick’ looking for whales will be sorely disappointed,” Barr wrote. “There are no whales here.”

To illustrate his point, Barr quoted the book’s first sentence: “Call me Ishmael.”

“As you can clearly see, that sentence does not have a whale in it,” Barr wrote.

The Attorney General indicated that he hoped his report would put an end to “reckless speculation” about the existence of whales in “Moby-Dick.” “It’s time to move on,” he wrote.

Barr disclosed that, after waiting years to read “Moby-Dick,” he was able to finish reading it in approximately fifteen minutes.